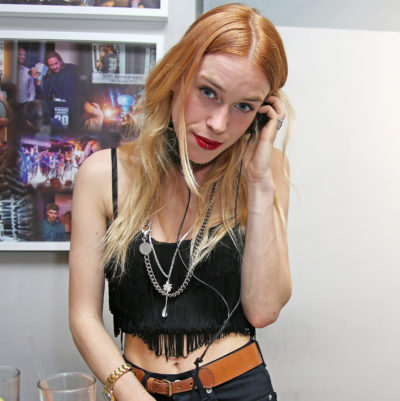 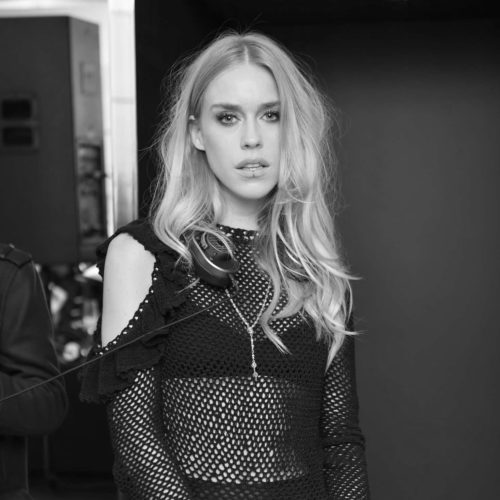 back to list
Born and raised in London, Mary Charteris was surrounded by fashion from an early age. The daughter of a wealthy landowner and a former journalist for Warhol’s Interview Magazine, Mary was mentored by the late Isabella Blow (an old family friend) and her aunt, Daphne Guinness who both introduced her to the fashion industry and encouraged her to model. Mary attended the Francis Holland Girl’s school in West London before moving to Paris to study lingerie and swimwear design at Parsons School of Design. A style icon in the making, Mary has being profiled in American Vogue, British Vogue, Vanity Fair, Teen Vogue, Purple, Jalouse and Dazed and has collaborated with a host of designers including Louis Vuitton, Jason Wu, Thakoon, and Phillip Treacy. She has shot with Mario Testino, Terry Richardson, Olivier Zahm, Paul Schmidt and Andre Saraiva. Mary appeared in Kinga Burza’s short film, “Candy” and in a mocumentary for the London designer Markus Lupfer’s resort collection. She also regularly presents for Vogue TV and contributes to her blog ‘Talking Faithful’. Mary frequently DJs at industry parties in both London and New York and was recently invited to play at the Jalouse Rocks Festival in Paris alongside her fiancée Robbie Furze from the electro rock duo, “The Big Pink”.

WHAT WOULD THE TITLE OF YOUR AUTOBIOGRAPHY BE? “Thank God for Ziggy Stardust”

WHAT CAN’T YOU TRAVEL WITHOUT AND WHY? Polaroid camera because it’s my way of keeping a diary. Something sugary to eat because I have a sweet tooth.

WHERE IS YOUR FAVORITE TRAVEL DESTINATION? Holbox Island in Mexico.

IF YOU COULD CHOOSE ONE PERSON TO SHOW YOU “THEIR NEW YORK CITY,” WHO WOULD IT BE?  Macaulay Culkin. I just want to know what he gets up to these days.

WHAT OR WHO HAS INSPIRED YOU RECENTLY, AND WHY? I recently watched a documentary about the finning of sharks and the effect it is having on the world wide population of sharks. I am now getting involved with the charity ‘worldaid.org‘ to make people more aware of this situation as it needs to be dealt with. Worldaid.org and everyone on the team of this small charity has inspired me to get out of my own bubble and think about what i can do to help the world.