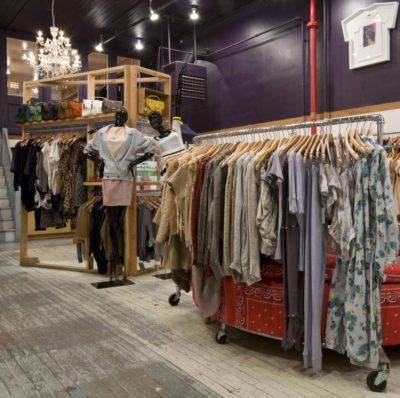 Hong Kong, 2002. Brazil, 2003. Germany, 2004, United Kingdom, 2005. These and each year to follow, Opening Ceremony has introduced a new country to its home team. A fashion house with a mission based on that of the Olympics, owners Carol Lim and Humberto Leon actually live in each country for a while, get the vibe, and finally buy two seasons’ worth of collections from about ten designers. They debut these collections in their three-pronged New York environment; one that combines retail space, showroom, and gallery.

Prices run the gamut from inexpensive to expensive, depending on the showcased designers. Opening Ceremony has also become known for its myriad collaborations with the likes of Chloë Sevigny, Spike Jonze, Pendleton, Levi’s, Timberland, Keds, Robert Clergerie, and more. We’ve always been one for global participation, and if shopping is the new sport, our performances at Opening Ceremony are gold medal-worthy.