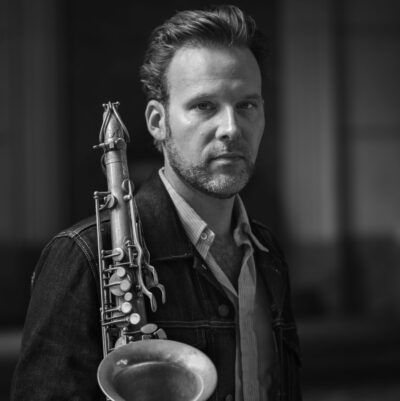 back to list
Saxophonist Vito Dieterle began performing in and around Chicago as a 14-year-old, sharing the stage with luminaries like Ira Sullivan, Von Freeman, Lynn Holiday and many other Chicago notables. After moving to NYC, he attended the prestigious New School Jazz program studying with greats Arnie Lawrence, Barry Harris, Lee Konitz among others.

In addition to being a staple on the NYC jazz scene, Vito is also a veteran of the award-winning group Ethan Lipton & his Orchestra. Dieterle is a recipient of a Village Voice Obie Award and is a Lucille Lortel award nominee. His latest albums "Anemone" and "Status Sphere" were released on Ride Symbol Records and can be found on all streaming platforms.