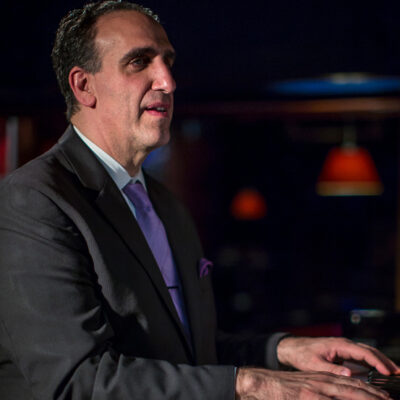 back to list
Michael Kanan hails from Boston, Massachusetts where he first began to play the piano at age 7. He started improvising at the keyboard early on, and by age 10 he was listening to jazz. He established himself in New York, playing and recording with Kurt Rosenwinkel, Mark Turner, and Jorge Rossy, among others. He also developed a growing reputation as a vocal accompanist. In 1996, he joined the band of legendary singer Jimmy Scott, touring the US, Europe, and Japan and recording four CDs. In 2001, Michael became the accompanist and arranger for Jane Monheit. With Monheit's group, he has toured all over the world, recorded several CDs and DVDs, and made many TV appearances, including Letterman and Conan.