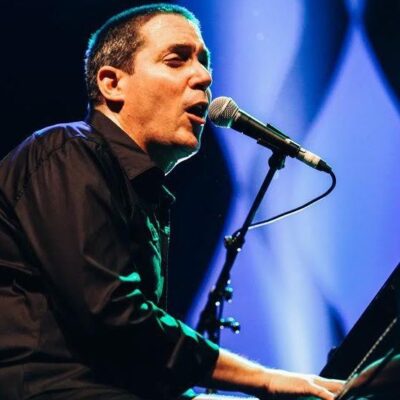 back to list
Singer, songwriter and pianist Jon Regen began his career as a sideman to jazz artists like Ted Dunbar, Kyle Eastwood and Little Jimmy Scott. A protégé of the legendary pianist Kenny Barron, Regen made an abrupt left turn into singer/songwriter territory with a series of acclaimed solo albums including “Almost Home” (2004), “Let It Go” (2008), “Revolution” (2011), and “Stop Time” (2015). Regen also hit Number One on the Billboard Charts with his 2013 instrumental album “Change Your Mind.”

The Associated Press said of Regen, “His sturdy songs, pleasing tenor and seven-foot grand are a captivating combination.” The Wall Street Journal called Regen “a confident, soulful singer,” and DownBeat said “Regen’s music shoots from - and directly into - the heart.”

Regen made national headlines in 2019 with the release of his latest album “Higher Ground.” Produced by Jamiroquai keyboardist Matt Johnson, the album includes musical performances by legends like Andy Summers of The Police, Benmont Tench of Tom Petty and the Heartbreakers, Chuck Leavell of The Rolling Stones and Nick Rhodes of Duran Duran. "Higher Ground" announced Regen as a formidable talent with the rarest of gifts - an original voice that speaks to the human condition with authority and hope. Regen’s songs define our times, but are meant to last for all time.

Jon Regen is the Roxy Bar's Musical Director. The former Editor of Keyboard Magazine, his writing has appeared in The New York Times, Billboard, Variety, Tape Op and other media outlets. Regen can also be seen in the Emmy Award-winning Amazon series “The Marvelous Mrs. Maisel.”