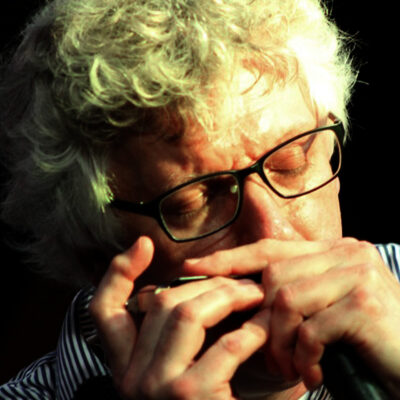 Jazz harmonica virtuoso and composer Hendrik Meurkens began his career in Germany playing vibraphone. At age 19, he heard Toots Thielemans play harmonica, which totally changed his musical life. His career has taken him from Germany to Brazil, then throughout the European continent and eventually to the US. In 1992, a trip to California led to his signing with the prestigious Concord label and established him as the first major new voice on the harmonica since Toots Thielemans. His 30 albums have received rave reviews and strong airplay, and established his immediately recognizable style of Brazilian Jazz. In 2014 he won the Brazilian International Press Award and he has been listed repeatedly in the Downbeat and JazzTimes Polls. Meurkens has recorded and performed with Ray Brown, Paquito D'Rivera, Astrud Gilberto and many others.