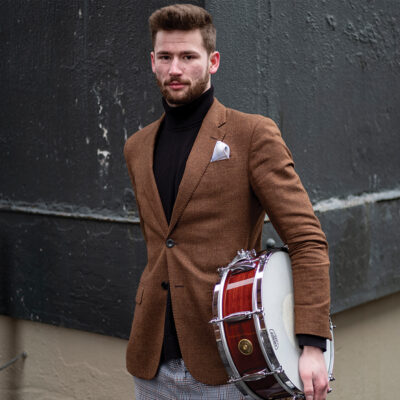 back to list
Hank Allen-Barfield is a rising star jazz drummer in the New York City area. Born and raised in Sacramento, California, Hank picked up the drums at age 10 after being influenced by his father, John Allen, who was a successful professional musician in the nineties. His earliest influence on the instrument was John Bonham of Led Zeppelin, but later on he found his sound deeply rooted in the drumming styles of Bebop and Hard Bop. Hailing from the prestigious jazz program of William Paterson University, Hank can be found playing in clubs such as Smalls, Smoke Jazz Club, the Django, Dizzys and more. Most recently he has been a part of groups led by Vincent Herring, Bruce Harris, Samara Joy, and Jerry Weldon.