Restaurateur Jason Scott claims relocating to New York City was a bit like coming home. That seems a bit rich from a guy whose voice is imbued with such a gravelly twang it’s a safe bet the Blundstones he’s wearing were actually bought in Australia. But once you get past the accent and disarming, laid-back charm, it’s easy to believe he’s for real. Maybe New York is home for him. Certainly, his new restaurant, Gran Tivoli, and basement bar, Peppi’s Cellar, are about as New York as it gets. Talk has been rife of this Aussie renegade bringing his take on Americana to America, but for him, it’s more simple than that. The way he tells it, it’s just his very personal input into an already vibrant New York dining scene; a chance to show the city, that actually was his home some 15 years ago, what he’s learned, and an opportunity to stake his claim and say, hey, get a load of this guy! Except he’d never say that—the restaurant and bar are doing that for him just fine.

Who would have guessed that a flat spell in LA could have changed everything? With similar ideas on concept but vastly different ideas on location, Scott and business partner/executive chef Robert Marchetti entered into a sort of deathmatch—Marchetti looking for sites in LA and Scott in NYC, the first to find the ideal site winning. As Scott recalls, some fantastic waves in California meant Marchetti “went surfing for a month or two while I looked for sites relentlessly and found this one after looking at more than 60 others.” And the site, located in a historic building on the corner of Broome and Centre in Nolita, was perfect to “showcase a larger, professionally run but still fun venue.”

So what goes into a restaurant and bar built to the owners’ particular tastes? Basically, it’s a place for the classics with the occasional tweak and curveball to keep you guessing. The menu, though, is all Italian simplicity—exceptional produce made to shine with great technique. The tone of the menu, Scott explains, is less about sticking within a certain genre than it is about delivering an edited curation of the best elements hospitality has to offer. “We want to be an everyday place where people can come in on Tuesday, come back on Friday,” he says. The emphasis on classic follows through to the wine program, albeit with a few surprises. Same goes for the cocktail list. “I like trying new natural wines but I’m not going to drink them every day. I want some classic options….Upstairs I want fresh juice-based cocktails. People are going to come in for the room, the decor, the food and the service, and they’re going to have a great drink as an adjunct. And that’s the best way to have it.”

As for that service thing, that’s where Scott believes his home country really has something to offer. His venues in Sydney were all renowned as supremely service focused in their own unique way. As he puts it, “Australians are great at doing professional but relaxed service in the same run. Not too relaxed where people forget things but always friendly and engaging. It’s a fine line we walk but Australians seem to do it fairly effortlessly and I think in Sydney we definitely nailed it.” As for replicating it in NYC, well, he’s transplanted a couple of his top guys from Sydney and from there it’s just a matter of setting the tone from the top down.

Gran Tivoli itself is a version of a classic New York Bistro— all banquettes and a long bar for dining. Step downstairs into Peppi’s Cellar and things take a bit of a turn. Sure, it’s a basement but as Scott says ‘‘it’s a working wine cellar with a cocktail lounge and jazz program crammed in amongst the bottles of wine.” A renowned audiophile, Scott treats Peppi’s as a live music venue, with jazz on Sunday nights and a plan to expand programming in the coming months. It’s a place where time becomes an abstract concept. Hours pass like minutes. It would be dangerously easy to descend the stairs in the evening only to reemerge in the morning light. Given the reputation of Scott’s staff for working hard and working even harder at playing hard, I imagine they’ve probably given it a go. The enormous number of empty ‘ornamental’ wine bottles show just how hard the working cellar works. It also speaks to a general love of the good things in life, and, we here at GrandLife will drink to that any day of the week. We guess he’s banking on the fact that the rest of New York will, too.

Spring Lounge—absolutely classic; also because it’s halfway between my house and work.

TriBeCa Tavern we go to a lot. I still like Employees Only.

I still go to the Aussie places for Breakfast, except on the weekends when they’re too busy. I duck into Two Hands if I want some eggs done properly. I go to Ruby’s. I go to Jack’s Wife Freda, which isn’t Aussie but it’s South African and the owner is a legend and has also spent time in Australia.

I still love Sparks Steakhouse, it has all those old school waiters. Gallaghers, sitting on the bar there is pretty awesome. As you can see I like classic places. What’s new?

For a blowout, The Grill. It’s awesome. It’s expensive but it’s a big-ticket room, a big ticket experience. Carbone is cool, too.

And Toad Hall—it’s a dive bar but it’s not self-aware, it’s just a bar with a pool table, heaps of locals who just hang out. 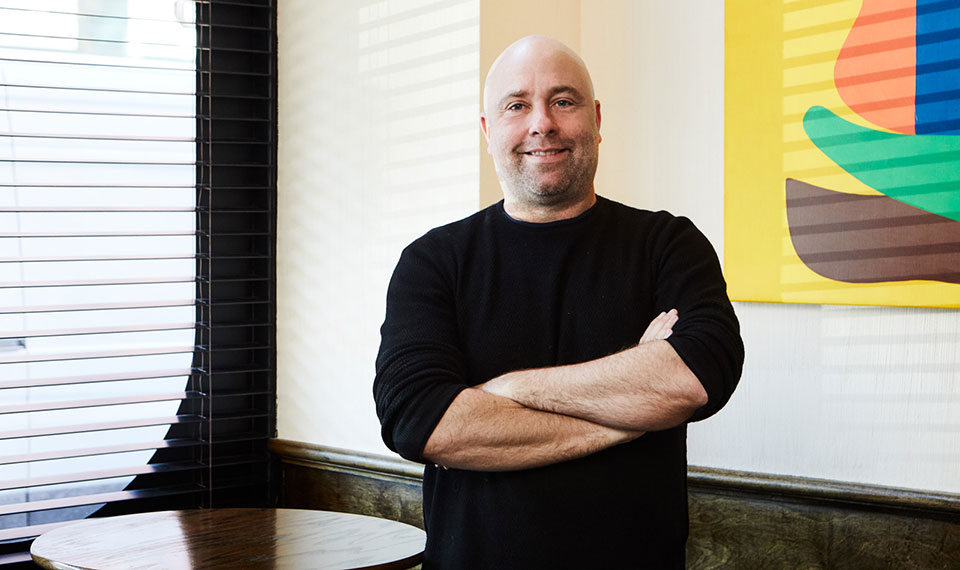 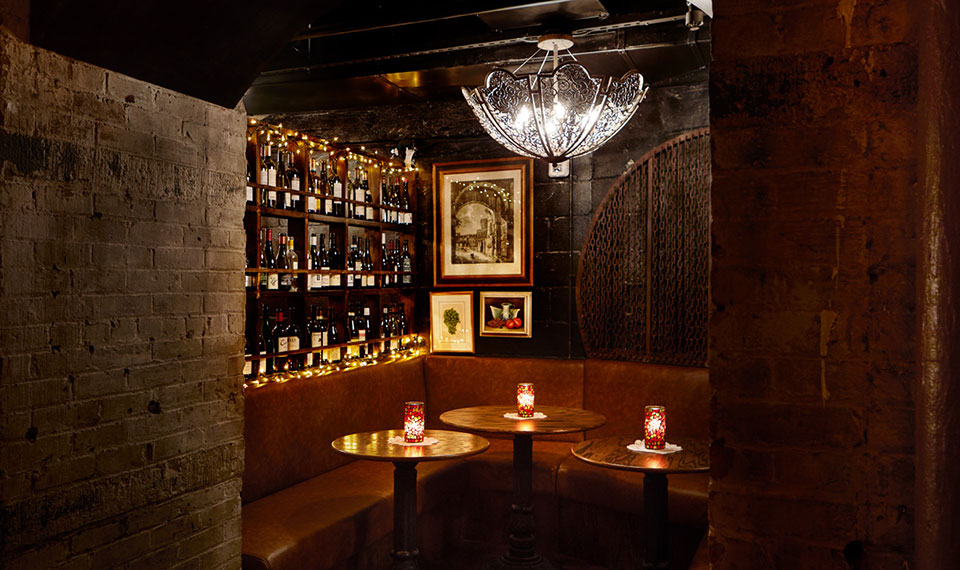 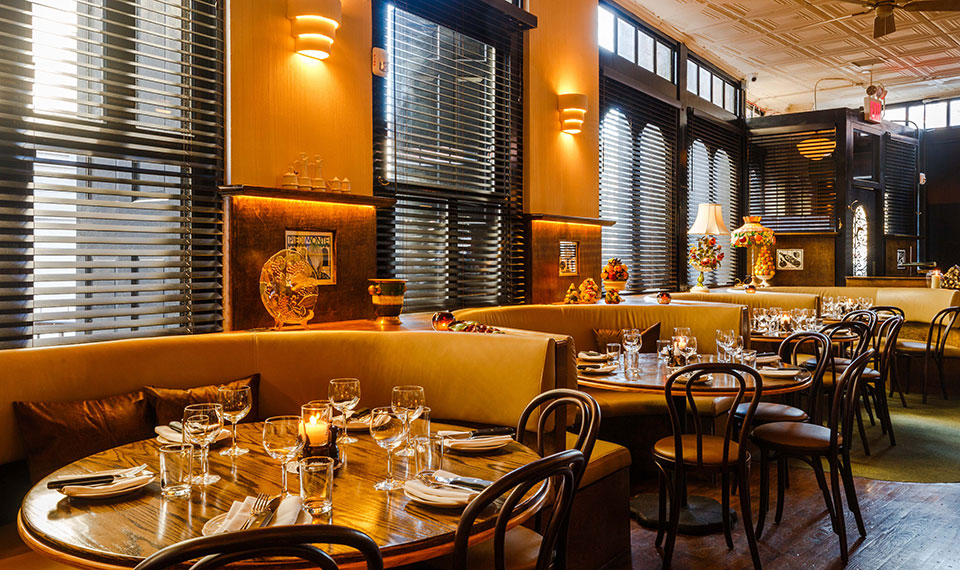 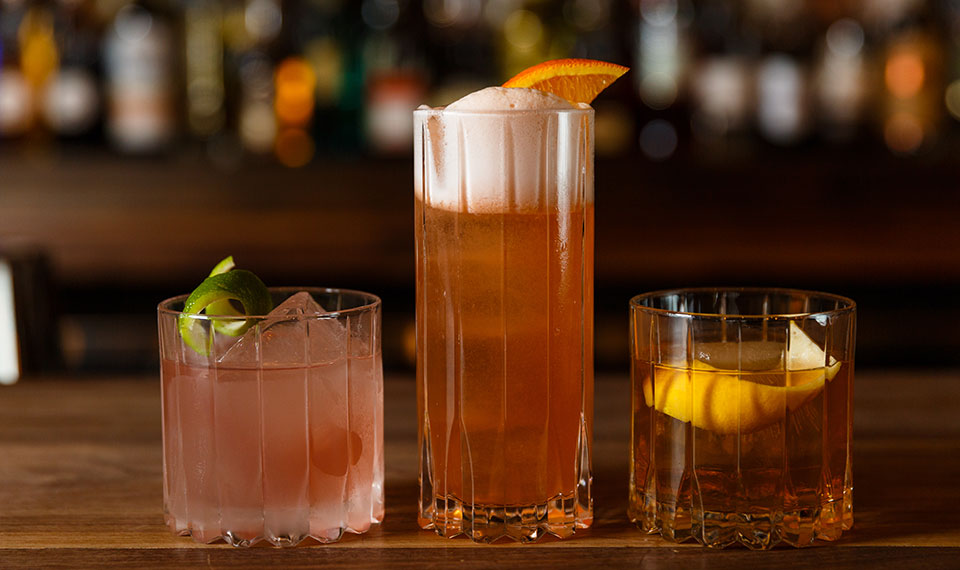 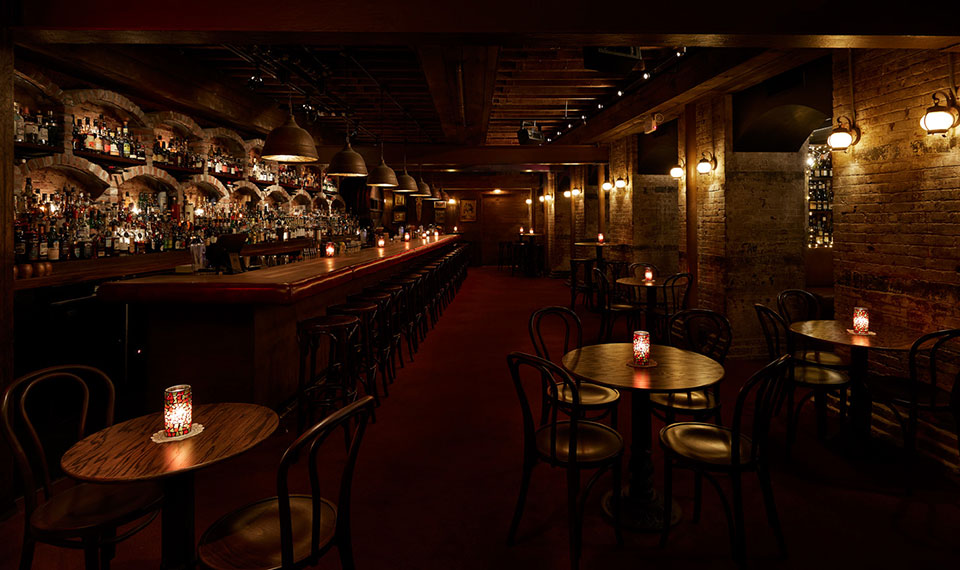