Three years ago, legendary Midtown eatery Carnegie Deli closed its doors after 80 years of business. And when they closed up shop, owner Marian Harper decided to put all of the signed photos of celebrity visitors out on the curb for people to snag. The boxes emptied quickly, with passersby going home with what feels like an authentic memento, a snapshot of when the often mundane New York deli experience and the A-List collide.

It’s a classic feature of New York’s most iconic delis and restaurants—those cluttered walls with framed photos that, if you look closely, might contain your favorite actor or historic head of state posing with the restaurant’s owner. It’s a record of the who’s who intermingling with the ordinary, a rare moment in which the lives of the rich and famous intersect with the everyday New York experience.

Though, as Lucien Bahaj, owner of Lower East Side restaurant Lucien, tells me, “People don’t come here to look at the pictures, they come here for the fresh, homestyle food.” It’s true—on their walls you will see Lady Gaga’s photo next to that of a smiling customer, and that’s the beauty of these photo walls: through great food, the clientele becomes totally democratized.

We’ve lined up four of the best, most star-studded photo walls in downtown NYC.

Katz’s Deli, pictured above, is often heralded as the best deli in America with its famous NYC location taking the cake in terms of cultural significance, and its densely packed walls prove it. With over 750 photographs, Katz’s exceeds every other establishment on the list in terms of its dizzying range of famous faces featured: members of the Wu-Tang Clan, former Soviet leader Mikhail Gorbachev, famed porn actor Ron Jeremy—the list goes on. It’s the coveted site where Meg Ryan faked an orgasm in When Harry Met Sally, with a hanging sign marking the exact table where she sat. But regardless of where you sit, their mile-high pastrami will make it worth it. 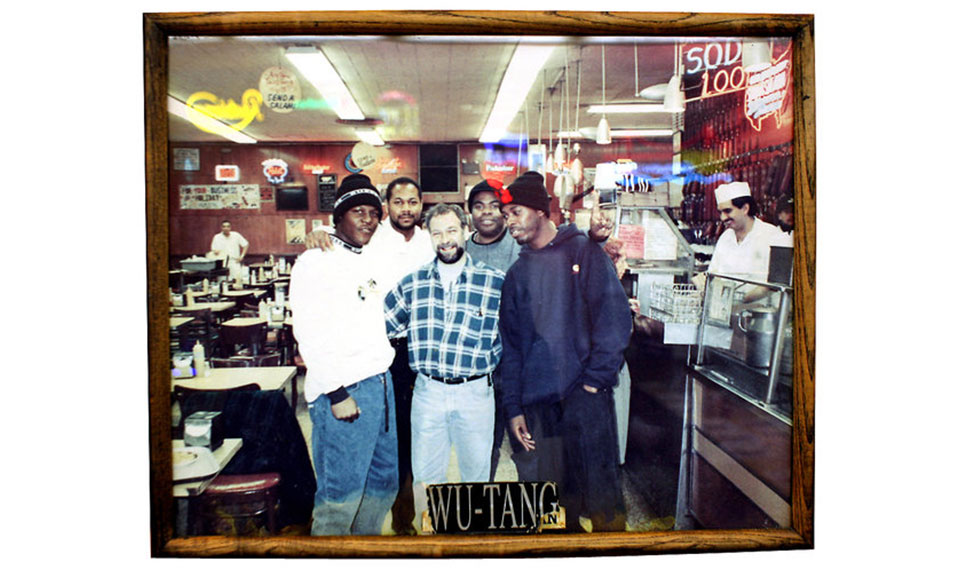 It’s notoriously difficult for a restaurant in NYC to really stick, but ever since opening on the Lower East Side in 1998, French bistro Lucien has been perennially packed. And although it’s not uncommon here to rub elbows with the stranger next to you, the Parisian-style room is nonetheless inviting and romantic, its walls inundated with a no-empty-space framed photo philosophy. Look up and you will see the likes of Adele, Daniel Radcliffe, Jon Hamm, Joan Didion, and Lady Gaga on the walls, and once you taste the hearty, home-style French cuisine, you’ll understand why so many big names flock here. 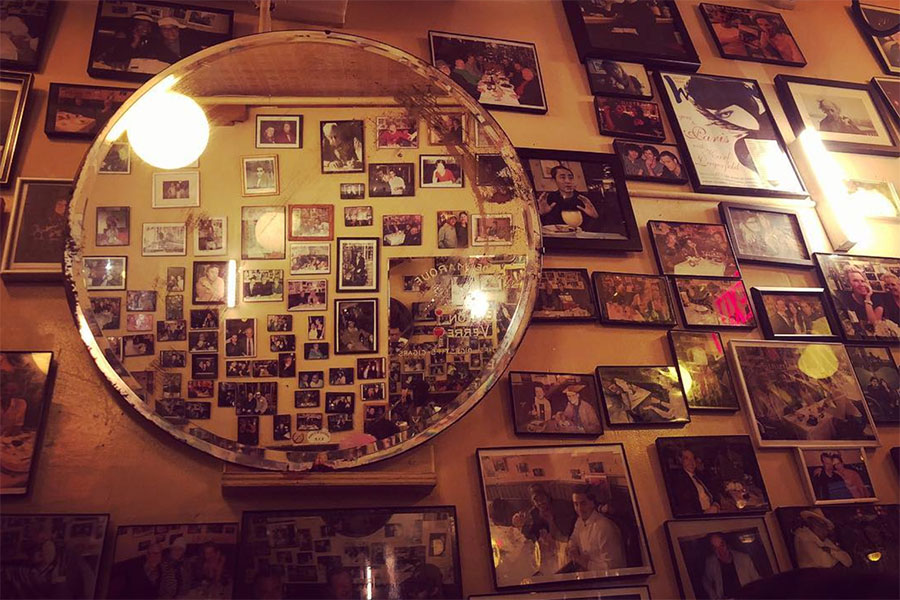 At this point, Joe’s Pizza is less West Village highlight than downright neighborhood necessity. Founded in 1975 by Italian immigrant Pino “Joe” Pozzuoli, who still runs the joint himself, the institution’s “average” customer spans the likes of A-listers including Bill Murray, Conan O’Brien, Anne Hathaway and Mickey Rourke, all to be found on their walls if you’re lucky enough to snag a seat. But with their no-frills menu (cheese, pepperoni and fresh mozzarella), the late-night pizza experience becomes democratized; you and your favorite celeb (Leonardo DiCaprio is featured on the wall multiple times) probably had the same experience, the same authentic pizza craving fulfilled. If you’re in the neighborhood, stop by, grab a slice, and revel in a true New York classic. 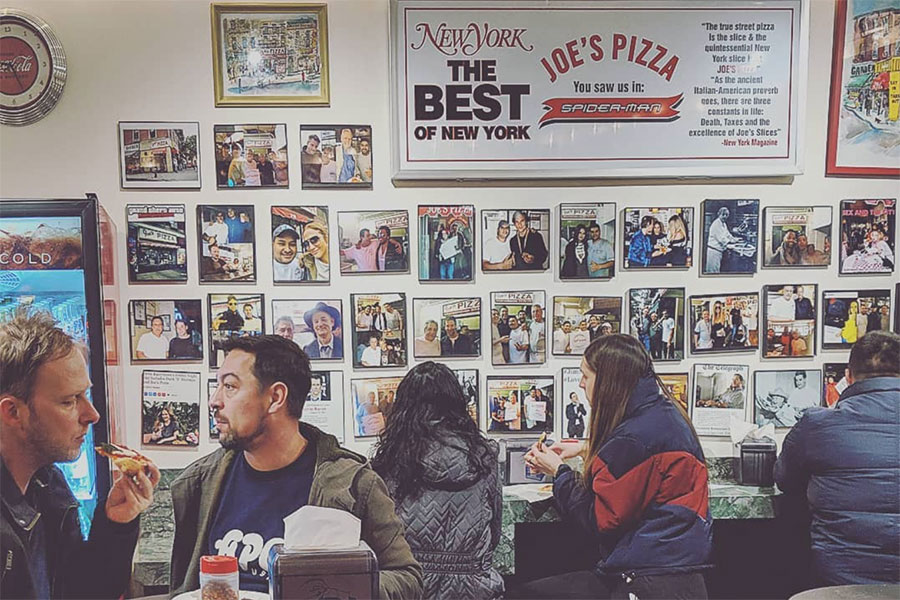 One of the most revered jazz clubs in the world, Village Vanguard originally started out as a space for budding poets, comedians, and musicians. But with the advent of television in the 1950s, where variety acts like comedy shows flourished, the club’s owner Max Gordon decided to focus on jazz. Since then, the cozy basement venue, which can only fit a snug 123 people maximum, has hosted the likes of Louis Armstrong, John Coltrane, Sonny Rollins, and so many more jazz legends, all of whom can be found on its walls. It’s famously difficult to find a bad table at Village Vanguard, so if you and your date are looking for a romantic jazz night, or even just a chill night out with world-class musical performances, know that it all incubates inside of this historic West Village gem.