Whether you are an art expert or a novice looking for a weekend activity, the art in New York City is among the best in the world. The energy of the art world never seems to cease and this spring promises to be no different. There are multiple exhibitions, art fairs and biennale’s in New York to check out. We’ve compiled a list of some of our favorites, many of which are yet to open, and included an honorable mention for showstopper Hilma af Klint at the Guggenheim.

From March 6 until May 15, the Brant Foundation inaugurates an exhibition and new venue in Manhattan. The foundation, based in Greenwich, CT, was formed to facilitate exhibitions and loans from Peter Brant’s prestigious collection of contemporary art. Their new space located at 421 East 6th Street, is the prior home and studio of artist Walter De Maria who has two permanent installations in SoHo through the DIA Foundation. Opening with a comprehensive survey on the work of Jean-Michel Basquiat organized by Peter Brant and Basquiat expert Dr. Dieter Buchhart, the Brant Foundation has brought the prolific Basquiat home. The artist frequented the downtown scene throughout his brief career and one of his earliest known haunts outside of Washington Square Park, was with a friend on East 12th Street. Renovated by Gluckman Tang Architects, his work fills the 7,000 square feet of exhibition space in what will be one of the most exciting exhibitions of the season.

Robert Mapplethorpe at the Guggenheim

In a two-part exhibition featuring the photographs of Robert Mapplethorpe, a series of the late photographer’s Polaroids, collages and mixed media constructions from the permanent collection of the Guggenheim are currently on view. With a focus on portraiture and still-life, Mapplethorpe had a way of exposing his subject through a vulnerability that not many since have been able to meet. Titled Implicit Tensions, the first part of the exhibition opened January 25, and the second part opens July 24, 2019. Already having received a wide variety of attention the first half of the show profiles some of the artist’s best work including a series of self-portraits and images of artist friends including Alice Neel and Andy Warhol. The second half of the exhibition will be composed of contemporary artists who have been greatly influenced by Mapplethorpe both allegorically and technically. Highlights of these artists whose work does indeed have an interesting, engaging dialogue with that of Mapplethorpe include Lyle Ashton Harris, Paul Mpagi Sepuya, and Catherine Opie.

On May 17, the Whitney Biennial, first introduced by Gertrude Vanderbilt Whitney in 1932, will open to the public. Curated this year by Jane Panetta and Rujeko Hockley, the biannual exhibition will feature seventy-five artists. Panetta and Hockley did numerous studio visits in order to select the participating artists and collectives. One of the most important ongoing exhibitions in New York, the Whitney accurately takes the pulse of the contemporary art world, offering a valid representation of artists working across the stretch of the United States. Never without controversy, the show always tends to draw strong criticism, but in the realm of contemporary art and art history, what is an exhibition without true and thoughtful debate?

Hockley, previously of the Brooklyn Museum, is of particular interest as she brings both new and youthful curatorial energy to the mix. Artists to look out for include Agustina Woodgate, Martine Syms, John Edmonds, Calvin Marcus, and Meriem Bennani.

Frieze New York will once again occupy space on Randall’s Island from May 2-5, showcasing international and local galleries. Galleries to look out for include, Balice Hertling, Paris, The Breeder, Athens, Garth Greenan Gallery, New York, Mendes Wood New York, Sao Paulo, and Brussels, Peres Projects Berlin, and Susanne Vielmetter Los Angeles Projects, Los Angeles to name a few. This year also finds Frieze New York collaborating with museum directors and curators including Franklin Sirmans (Perez Art Museum), Courtney Martin (DIA Art Foundation) and Susanna Temkin (El Museo del Barrio). Along with contemporary artists, the fair focuses on formative 20th-century artists as well. Without the need for a compass in hand, it’s possible to visit galleries from all over the world in the comfort and shade of the cavernous tent.

Exhibiting 197 galleries from 33 countries, the art fair is a New York staple for collectors from near and far. Divided into numerous sections, two in particular to look out for this year are Focus, with 29 exhibitors organized by Lauren Haynes Curator of Contemporary Art at Crystal Bridges Museum of American Art and Platform a selection of large-scale artworks by 9 international artists curated by Sally Tallant. Artists in Platform will include Ryan Gander, Xaviera Simmons, and Jessica Stockholder among others. Titled Worlds of Tomorrow, Tallant’s exhibition will present 7 site-specific new works referencing the 1939 New York World’s Fair. “It is through art that we express our hopes and fears, and articulate alternatives and new possible worlds,” stated Tallant. “Artists often speak out for the rights of people on the margins of society and now that we are facing a shift in how those people and margins are defined, we need artists to continue to be brave.”

Honorable mention: The solo exhibition of artist Hilma af Klint at the Guggenheim has been an unexpected crowd pleaser. The show titled Hilma af Klint: Paintings for the Future features a selection of numerous works made during Af Klint’s lifetime, a result of her spiritual and cosmic meditations and research. The artist was ahead of her time regarding her ways of approaching abstraction specifically during a time of the Abstract Expressionists. Closing April 23, the show fills the rotunda of the Frank Lloyd Wright building, inviting all present to go on a metaphysical journey as well as one of art history. 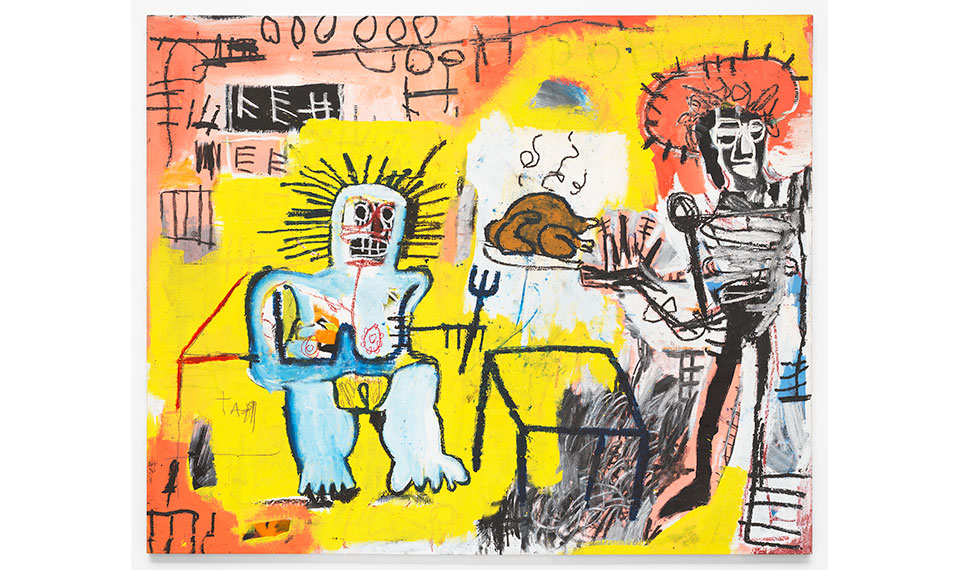 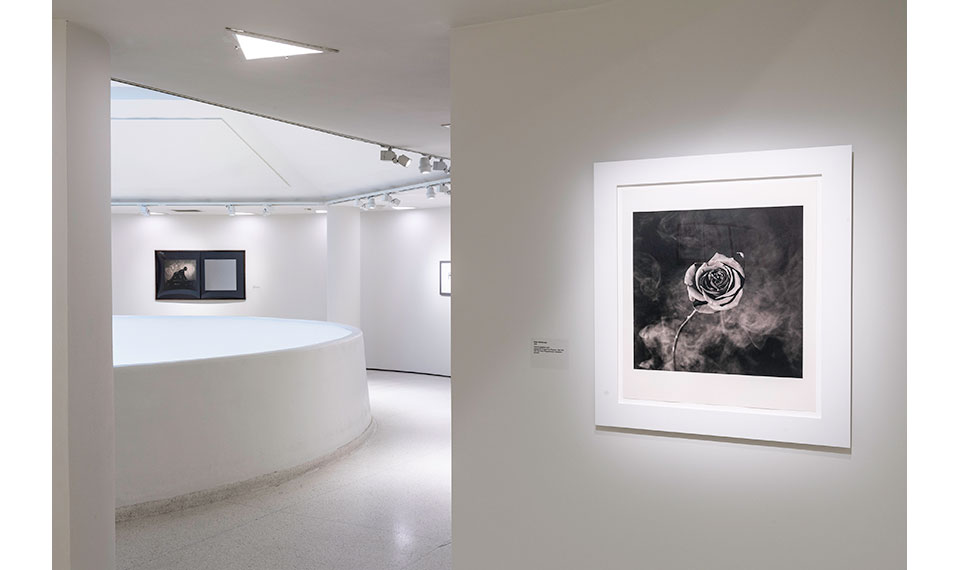 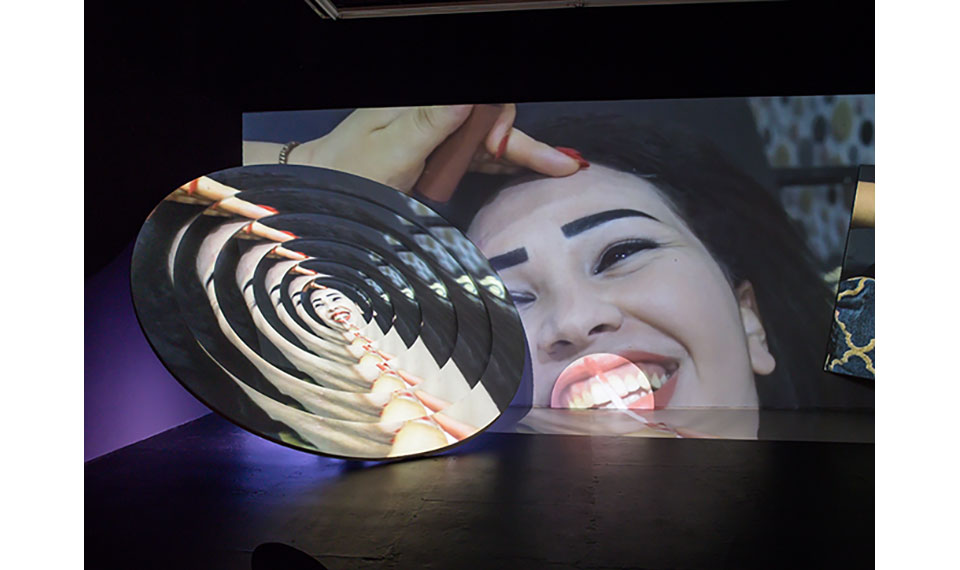