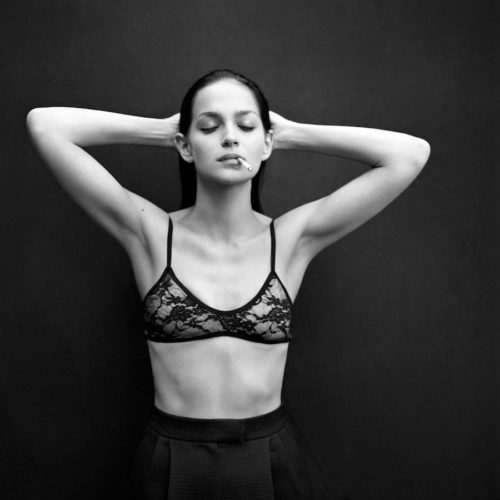 Occupation Model and DJ with The Misshapes

back to list
At just 14 years of age, style icon Leigh Lezark began skipping school to hang out in New York City. She loved the city and quickly became acquainted with the bar scene thanks to her fake ID. In 2001, Lezark met and later lived with Greg Krelenstein and Geordon Nicol. All sharing a mutual interest in music and a disdain for the current party scene, the trio threw an elaborate party in their apartment and served as the resident DJs. When it attracted over 300 guests, they knew a career could be made from their party-throwing abilities. They called themselves The Misshapes, and the rest, as they say, is history. The DJ trio has since toured the globe extensively as headline acts as well as in support of some of music’s biggest stars—Courtney Love, Debbie Harry, and Bloc Party, among others. Lezark has produced compilations and runway music for Chanel, Calvin Klein, House of Holland, Visionaire, The Metropolitan Museum of Art, The Museum of Contemporary Art, Los Angeles, and Sotheby’s. Additionally, she has featured within the pages of Vogue, Self Service, V, Nylon, New York magazine, and Vanity Fair and has walked for Henry Holland at London Fashion Week.

WHAT WOULD THE TITLE OF YOUR AUTOBIOGRAPHY BE?
“Make It A Double”

WHAT CAN’T YOU TRAVEL WITHOUT?
Chanel bags, Surface to Air platform heels I designed, black eyeliner, and my phone. I use these things every day.

WHAT ARE YOUR FAVORITE TRAVEL DESTINATIONS?
Bali, Thailand and Barcelona.

IF YOU COULD CHOOSE ONE PERSON TO SHOW YOU “THEIR NEW YORK CITY” WHO WOULD IT BE?
Grace Coddington.

WHAT OR WHO HAS INSPIRED YOU RECENTLY AND WHY?
Sophia Lamar has and will always inspire me.