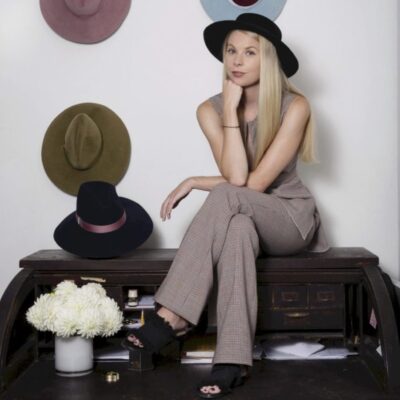 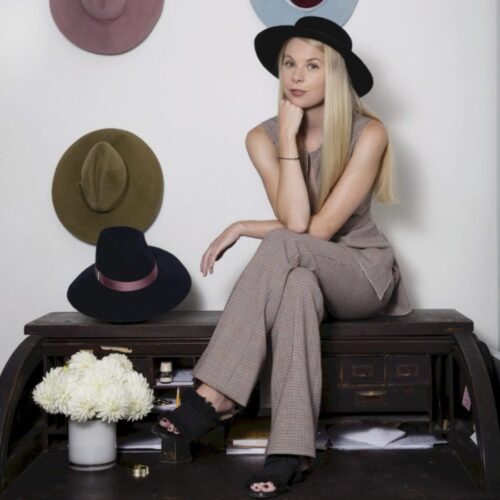 back to list
Gigi Burris is the Designer/Director of Gigi Burris Millinery, a couture millinery brand using the most luxurious materials sourced worldwide. With a feminine yet dark aesthetic, her handcrafted pieces are made of items such as taxidermic bird wings, silk flowers, exotic skins and intricate feather detailing. She is known for utilizing alligator skin, which is no surprise as she grew up in Central Florida. Gigi’s ongoing interest in millinery was heightened after studying in Paris and frequent visits to the old world mercerie shops. Upon returning she studied under New York-based couture milliner Leah Chalfen. After graduating with A BFA from Parsons in May 2009, where Gigi was nominated for the Designer of the Year award. Vogue Italia then named Gigi one of the upcoming American designers to watch in the September 2009 Young Talents section. Harpers Bazaar has named Gigi Burris Millinery the top 18 accessories designers to watch in 2011. She also counts major celebrities such as Rihanna, Angelina Jolie, and Lady Gaga as fans. Her hats and headwear are available for purchase at Haus Alkire in Soho and gigiburris.com

WHAT WOULD THE TITLE OF YOUR AUTO-BIOGRAPHY BE?
“Blonde, Naturally”

WHAT CAN’T YOU TRAVEL WITHOUT AND WHY?
La Mer cream. I slather my face with the thick cream during the flight, so I can arrive looking somewhat fresh.

WHERE IS YOUR FAVORITE TRAVEL DESTINATION?
One of my favorite vacations was to Provence in Southern France. We went to goat cheese farms, lavender fields, French flea markets… and ate way too much.

IF YOU COULD CHOOSE ONE PERSON TO SHOW YOU “THEIR NEW YORK CITY,” WHO WOULD IT BE?
Turn of the 19th century lady-about-town Caroline Astor, I imagine it would be old-school city chic.

WHAT OR WHO HAS INSPIRED YOU RECENTLY AND WHY?
I recently went to the New York Philharmonic “The Modern Beethoven” Festival. They did a very forward violin solo with a man named Gil Shaham. It was wild how modern it felt with a full orchestra. I am really inspired by the idea of taking an old craft and making it feel new today.