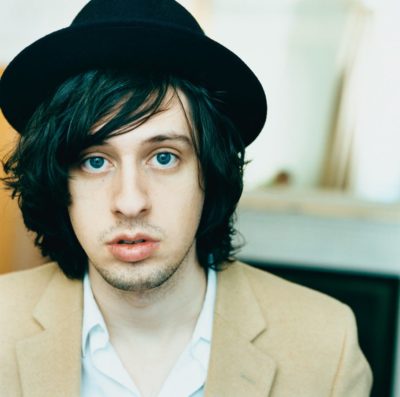 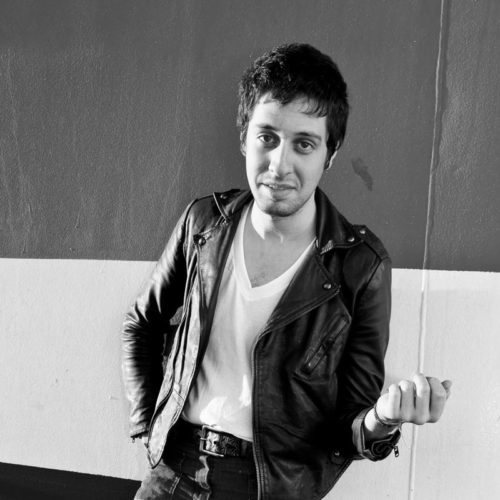 back to list
Adam Green is renowned around the globe as one of music’s most unique songwriting talents - his songs have been performed by artists as diverse as The Libertines, Carla Bruni, Kelly Willis, Dean & Britta, and Will Oldham. A New York native, Green was just 17-years old when he recorded and released his first album. As part of the downtown antifolk scene at the end of the nineties he made up one-half of The Moldy Peaches, who enjoyed belated mainstream success via the Grammy-winning, #1 Billboard Chart ranking soundtrack of the 2007 Academy Award-winning movie Juno. As a solo artist Green has recorded 9 albums, many of which have become cult hits. His 2005 record Gemstones went Gold in Europe. His eruptive bursts of creativity have led him into the world of movies and visual arts - staging exhibitions across Europe and America. He also found himself writing/producing/directing and acting in The Wrong Ferarri (2010), a “screwball tragedy” which was the first feature film shot entirely on an iPhone. It has since been featured in the curriculum of NYU’s Tisch Film School. Rolling Stone magazine described it as “Fellini on Ketamine.” IN 2016, he released his second feature film Adam Green's Aladdin - an immersive fantasy film starring Macaulay Culkin, Natasha Lyonne, Alia Shawkat, Jack Dishel and Francesco Clemente - with Green playing Aladdin. The subversive and dazzling art-film was shot entirely on papier-mache sets. The story is a modern day version of Aladdin wherein the lamp is a 3-D printer, the Princess is a decadent socialite, the planet gets a sex-change, and its population prints out an analogue version of the Internet. In 2015 Adam began a collaboration with Mich Dulce making a line of hats inspired by his artwork and the Aladdin movie. The designs incorporate elements from his HOUSEFACE symbolic alphabet, a group of reduced cubist pictographs gleaned from the facial features of the popular cartoon characters Garfield, Big Bird, and Elmo. In January of 2016 he exhibited the art from Adam Green's Aladdin at the Fondation Beyeler Museum in Basel, Switzerland. Of his now multifaceted career Green, says: “You know how people are always looking for a unifying theory? I was looking for a unifying theory of artistic expression. I was trying to create some kind of fluidity within my music, art, writing. If you listen to my songs, you see they’re kind of cartoonish. I try to make songs like my paintings. When creating my movie, I approached the script like it was a song.”

WHAT WOULD THE TITLE OF YOUR AUTOBIOGRAPHY BE?
How to Act Bad.

WHAT CAN’T YOU TRAVEL WITHOUT AND WHY?
Tarot Cards.  I’m obsessed with tarot and numerology. I made my own tarot-deck based on Garfield characters and symbols. If I’m on the airplane and I draw the wrong card I make them turn the plane around.

WHERE IS YOUR FAVORITE TRAVEL DESTINATION?
My favorite place is Austin, Texas. My brother lives there, and so do a lot of other good people. I just took a Greyhound there – hell of a trip! I need to get back there more often. Other than that, I like St. Thomas.

IF YOU COULD CHOOSE ONE PERSON TO SHOW YOU “THEIR NEW YORK CITY” WHO WOULD IT BE?
It would be great to see New York City through the eyes of filmmaker Harry Smith. He seems like the most interesting tour-guide I could think of. I heard he knew a spot on the Bowery where if you listened close enough you could hear times square because of the way that the noise was reflected.