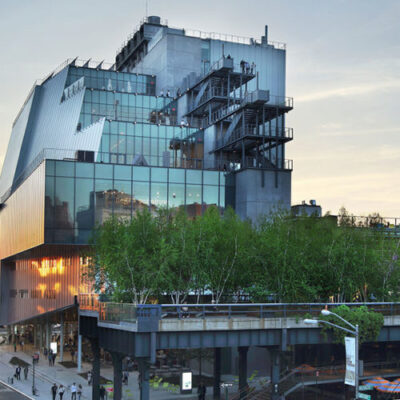 The Whitney Museum Of American Art

The Whitney Museum Of American Art

Located downtown, the Whitney Museum of American Art exhibits a wide range of work by major artists of the 20th-century and today, as well as relatively young and unknown up-and-comers. The Museum’s invitational signature exhibition, the Biennial, stands as the nation’s only continuous series of exhibitions to spotlight developments in American art made within the preceding two years. The rich permanent collection, started from Gertrude Vanderbilt Whitney’s personal holdings, features 18,000 pieces by artists such as Jackson Pollock, Georgia O’Keefe, Andy Warhol, and Charles Sheeler.