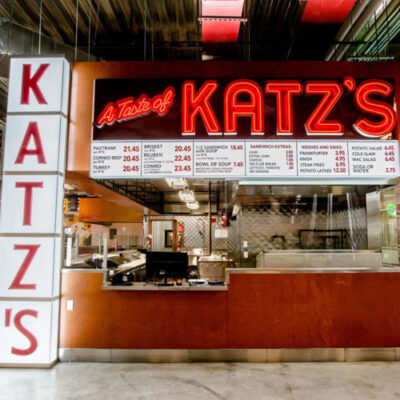 Established in 1888, Katz’s is the real-deal, kosher-style New York delicatessen. By upholding a rare tradition of meat preparation and preservation predating refrigeration, their stalwart methods of smoking, pickling and other curing methods have made Katz’s a pillar among locals and tourists alike for its pastrami sandwiches and hot dogs, both of which are widely considered among the world’s best. Also taking top honors are hand-carved corned and roast beef and brisket sandwiches—all served with the holy grail of pickles, and the matzoh ball soup and knish make great appetizers. A never-remodeled 1950s décor with wood-paneled walls, formica tables makes stepping inside like a time warp, and cinema buffs may also recognize Katz’s from the silver screen having been used in many films, including Meg Ryan’s infamous, and orgiastic, scene from When Harry Met Sally. Like the sign above their infamous table reads, here’s to hoping you had what she had.