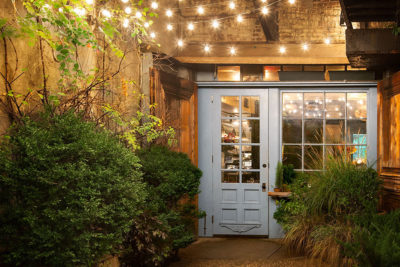 Restaurant impresarios William Tigertt and Taavo Somer had a vision when they discovered Freeman’s Alley. In the abandoned backstreet they imagined a restaurant as a secret hideaway. And so it was built, and quickly became a hush-hush Lower East Side institution. The impossibly cool interior of Freemans Restaurant is part hunting lodge, part taxidermy diorama with stuffed heads and dark woods galore. And just like an escape to the countryside, patrons here kick back and gnaw on delights like boar sausages and lamb chops. We say that the hot artichoke dip is a must, it’s five-cheese macaroni or bust, and that the cocktail list will put some hair on your chest—and this is exactly the type of place where such a phrase literally makes sense.