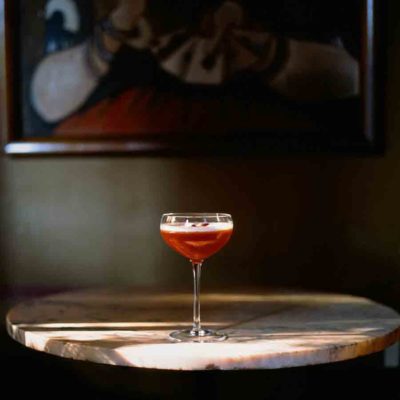 Disguised as a Psychic shop on Hudson Street in the West Village since 2004, Employees Only is a notable cocktail bar, open late. The vibe inside is constantly buzzing with the downtown crowd as bartenders dressed in white jackets move seamlessly throughout the space. The team running the show is a story in and of itself—each team member goes through several years of training before earning their white coat with Principal Bartender stitched across the front, upper left side. The title proves that they can execute excellent cocktails as well as service, a standard that has earned the bar several awards including “Best American Bar Team,” “World’s Best Cocktail Bar,” and “World’s Best Drinks Selection” by Tales of the Cocktail. The pioneering bar program is accompanied by a refined menu serving up American fare with an Eastern European touch created by executive chef, Julia Jaksic. Our favorites include the hand-cut steak tartare, bone marrow poppers, and skate paprikás—all served through ’til the late-night hours.