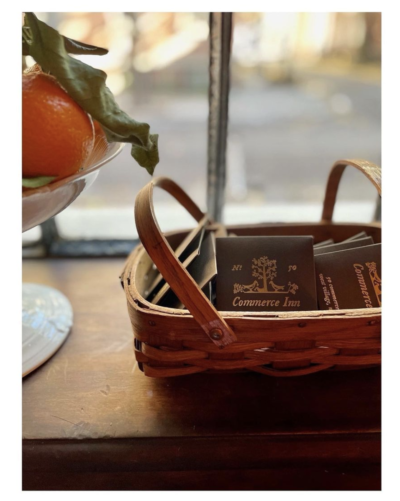 The Manhattan food scene loves an unlikely muse, an injection of the unexpected. One of its most recent inspirations is the Shaker movement, that utopian Protestant sect that stood for simplicity, communal living and craftsmanship (hence, the furniture), and it comes in the form of a handsome West Village Tavern. Helmed by two beloved chefs (Jody Williams and Rita Sodi, who share a James Beard Award for best chef in New York City), the stick-to-your-ribs menu was inspired by yellowed heirloom cookbooks. Think pickled oysters, fermented porridge bread and jugged rabbit. The New York Times says their beans are “likely to be the best baked beans you will find in New York.” And naturally, American ryes and bourbons star on the libation list. With its quaint Barrow Street location, period-appropriate furniture and candle-lit atmosphere, one can imagine horses and buggies out front. Muse invoked indeed.