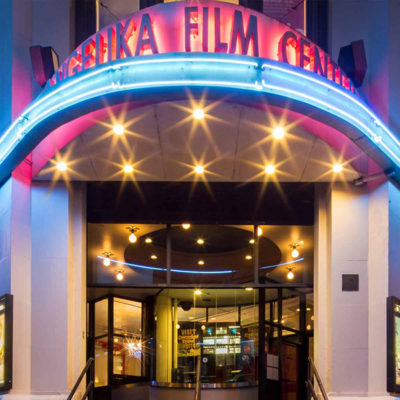 Scenario 1: are you itching to see the latest Michael Bay robo-stravaganza, Bruce Willis crash-fest or Pixar’s latest cast of talking animals in 3D, equipped with a tub of popcorn and a giant coke? There are plenty of places to do this, however, Angelika is not one of them. Scenario 2: are you craving the most delicious gluten-free muffin of your life, paired with the latest Bill Murray and Wes Anderson flick? Or the next earth-shaking, politically-disparaging documentary and a macchiato? Head to arthouse theater Angelika, located in the heart of SoHo. Find provocative film festival selections from Sundance to Venice playing on six screens. As seating for various films is called out in the lobby, the adjoining café makes for one of the best casual meet and greets. No ordinary popcorn stand, the café features cappuccino, panini, gourmet cakes, and vegan cookies from Sacred Chow.