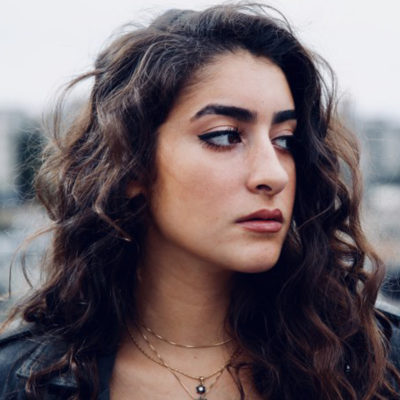 back to list
Share
Zāna is an accomplished up-and-coming singer-songwriter and versatile musician with a sultry voice and distinct writing style that combines Arabic and Latin influences to create her ‘gypsy-pop’ sound, which is both catchy and soulful, enabling her to flaunt her hip-shaking belly dancing moves while performing. Originally from Oakland, CA, she currently resides and performs in New York City. In 2016 Zāna earned a BA in Professional Music from Berkley College of Music in Boston, MA. Having collaborated with Grammy winning producers Tim Mitchell and George Noriega, Zāna has launched a solo career as a pop artist.