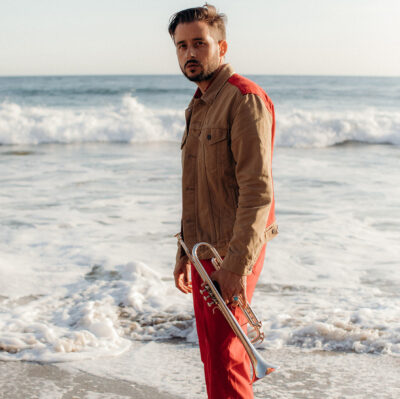 back to list
Jay Jennings is a 3x Grammy Award-winning trumpeter. Known for his work with the multi-award winning band Snarky Puppy, he is now based in Los Angeles and is leading his own project, The Yayennings Quartet, who add a modern twist to the 1950’s west coast bebop sound, inspired by the music of Chet Baker and Stan Getz. The group's debut album is out now, entitled "Scott Ave." Throughout his career, Jennings has performed with legendary artists like Aretha Franklin, Frankie Valli and the Four Seasons, The O'Jays, Jimmy Buffet, James Taylor, Jon Bon Jovi, Billy Joel, The Four Tops and many more.