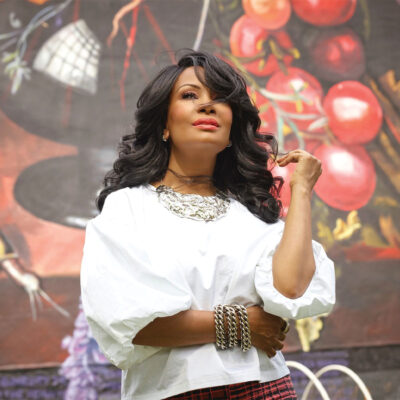 back to list
Accomplished singer and Harlem native Vivian Sessoms, in the company of some of the world’s finest musicians, stakes a claim to a sound all her own on her new album LIFE. Having earned her stripes as a performer with Ryuichi Sakamoto, P. Diddy, Michael Jackson, Donna Summer and many others, Sessoms abrings their vast array of experiences to bear on an inspired, jazz-influenced set that proves Sessoms a fiery, forward-thinking artist in her own right.

“Although LIFE started out as a jazz record,” Sessoms recalls, “there was a lot happening here in the U.S. and in the world, and that really started to shape and influence my choices in what to record. I was also writing songs that were going in a bit of a different direction, and that’s kind of when it all started to come together.” Whether she’s recasting material by Billy Strayhorn, Stevie Wonder, The Stylistics and Cole Porter or putting forward her riveting originals including the topical “I Can’t Breathe,” Sessoms is consistently powerful and very much at home within these finely crafted and surprising arrangements.