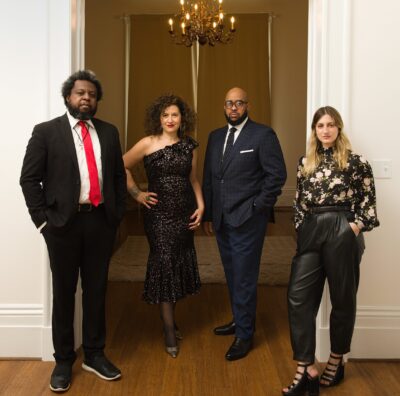 Svetlana and the New York Collective LIVE at Roxy Bar

back to list
Prepare to swing and be moved as Svetlana and the New York Collective transport you to the carnival of sound, seamlessly moving from sophisticated tender tones to a rowdy exuberant, foot-stomping music combining swing and pop-singer/songwriter sensibilities.

Fronted by the energetic Svetlana Shmulyan, the band has headlined sold-out shows across the US, toured internationally, and appeared on various TV programs.

"An exceptional vocalist and songwriter" (Will Frieldwald, Wall Street Journal)