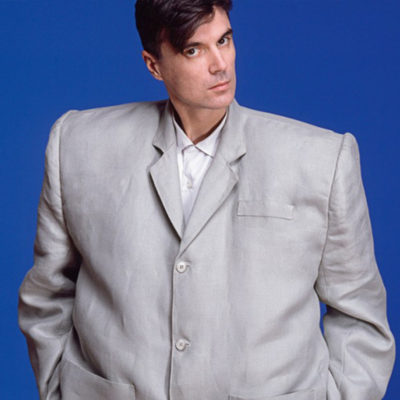 back to list
GRAMERCY THEATRE is excited to announce a special screening of the critically acclaimed Stop Making Sense, in celebration of the movie’s 35th anniversary. On WEDNESDAY AUGUST 28TH, GRAMERCY THEATRE, located at 127 EAST 23RD STREET, experience the Talking Heads as if you were at their 1983 performance at the Hollywood Pantages Theatre. The dance floor will be open during the screening so you can ‘burn down the house’ with your dance moves. The party continues after the show with a DJ to spin your favorite tracks all night. Drink themed cocktails and practice your poses for the all the photo opps. Dressing up and wearing your biggest blazer is highly encouraged.

STOP MAKING SENSE is director Jonathan Demme's remarkable concert film that captures the enormous energy and joyous highs of the Talking Heads live performance. Band members David Byrne, Tina Weymouth, Chris Frantz and Jerry Harrison are joined by Bernie Worrell, Alex Weir, Steve Scales, Lynn Mabry and Edna Holt in this groundbreaking concert film that's packed with the Talking Heads most memorable songs. Shot over three concert performances in LA in December 1983, Demme's creative genius and the band's explosive energy is what makes this film an exhilarating and exciting event. Wall-to-wall music, beautiful cinematography and the legendary "Big Suit" make this "one of the greatest rock movies ever made" (Rolling Stone). During GRAMERCY THEATRE’S viewing party, fans will be able to enjoy several other activities, including a DJ who will be spinning throughout the night, as well as photo opportunities, ticket giveaways, a full bar, drink specials and much more.