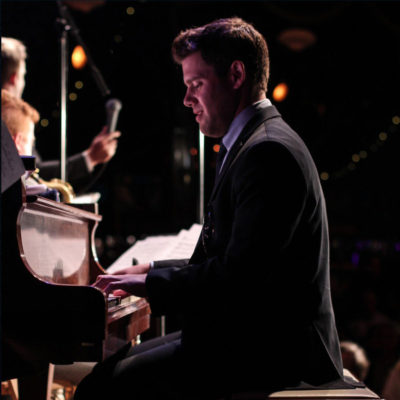 back to list
Steven Feifke, is an American pianist, composer, and orchestrator. Feike is an avid writer and lifelong academic with work spanning many genres and mediums. His big band music has recently been featured by the Malmo Band in Switzerland, and soon his orchestral music will be debuted in August 2019 Next Generation festival in Florence, Italy. Feifke has also written original works for television and film media, and his music can be heard on the hit Netflix TV show “Comedians in Cars Getting Coffee,” produced by comedian Jerry Seinfeld. You can find him performing throughout the likes of Smalls Jazz Club, Mezzrow, the Blue Note, Dizzy’s Club at Jazz at Lincoln Center and at The Django.