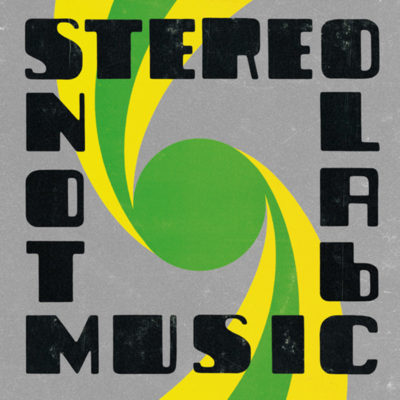 back to list
Stereolab hit a sweet overlap between sugary pop and adventurous experimentalism, rooted in tranced-out psychedelic drone that was both wonderfully modern and bathed in stylistic trends and instrumental sounds of the sixties and seventies. Early shows were based on their touchstone sound: a pulsing simple beat, guitar chug, and bubbling vintage analog synthesizers which can feel very kindred to recordings of the "Krautrock/Motorik" style pioneered in Germany by acts like Neu! and early Kraftwerk, or any garage band which had discovered that playing one riff or even just one note repetitively and toying with texture and dynamics makes for a very different sort of musical journey.

Except on this one there is a French woman singing pop melodies and harmonies. Overlaying Tim Gane's guitar chug-a-lug with the exquisite voices of Laetitia Sadier and Mary Hansen made for an infectious brand of pop-retro-futurism that, just like Krautrock, later evolved into an electronica-flavored style of gadget-oriented sound as modern technology began allowing for more innovative sounds. Sometimes associated with more retro lounge, tropicalia, and psychedelic genres, Stereolab often references its influences quite directly but always has its own identifiable voice and is ultimately predominantly remembered and filed as an indie rock band, and live shows were always clearly just that: rock.

Collaborations with Sean O'Hagan resulted in many gorgeous lushly orchestrated records (unfortunately seen less often in their live performances), Mouse on Mars gave them a playful electronic club sound, and influential producers John McEntire and Jim O'Rourke always made their records impeccable sonic adventures. Live, the rock foundation of their catalog always leapt out and kept audiences moving. There is a reason collectors obsess over each recording this band released, as though each song is often stylistically similar to a lot of other releases in their catalog, the pop sensibility makes every melody a delectable piece of candy, and you want to gorge on more.