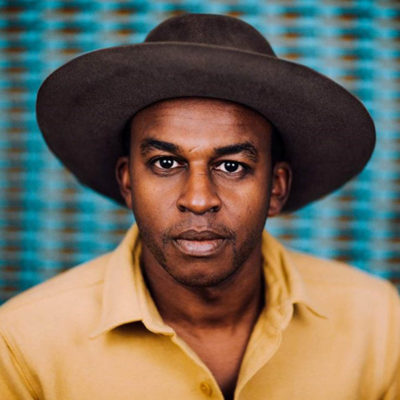 Sinkane, Bassel and The Supernaturals at Elsewhere

back to list
Share
Every Sinkane album is a world unto itself. Mean Love is no different in that it is very different. A conglomeration of everything from Sade to Radiohead to Alvino Rey to Fela Kuti, it marks the latest evolution by one of music’s most fascinating figures. Bandleader Ahmed Gallab was born in Sudan, grew up in Utah and Ohio, and has come to prominence while based in Brooklyn, where he took time off from Sinkane to raise his profile as a sideman for Caribou, Of Montreal, and Yeasayer. His travels have become an inextricable part of his biography because they shine through so clearly in his unique pool of worldwide influences. (Full disclosure: He’s also been a friend of mine since his days playing post-hardcore and experimental electronica in Columbus.)

In the wake of 2012’s spectral funk record Mars, Gallab’s odyssey took some more unexpected turns. Some, such as performing his underground hit “Runnin’” with Usher and Afghan Whigs at SXSW, came and went in a flash; others, such as heading up the Atomic Bomb Band, a traveling William Onyeabor tribute featuring David Byrne and other superstars, have been ongoing labors of love. But amidst his many DJ gigs, tour dates, and studio sessions, Gallab’s most intense commitment has been finishing Mean Love, an album that explores the American side of his diasporic musical identity.