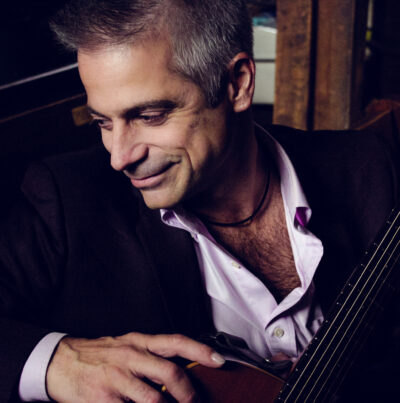 back to list
Guitarist Sean Harkness is in high demand as a performer/composer on solo guitar, and accompanies an astonishing array of world class vocalists, musicians, and ensembles. Sean’s multiple awards include the coveted MAC, Bistro, and BroadwayWorld.com awards. Harkness has an active international touring schedule of concerts, clubs, festivals, and is often requested to teach Guitar Master Classes and music workshops.

“There is probably nothing on the guitar that Sean Harkness can’t play with ease. He blew me away the first time I heard him, and has only gotten better since then. Plus, he’s a great guy!”
— TUCK ANDRESS