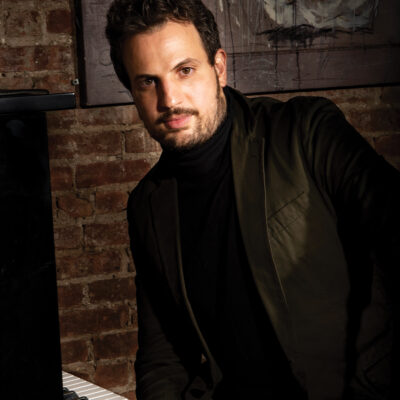 Largely self-taught, or rather, "old-schooled," Asherie learned the ropes at Smalls, spending much of his early teens becoming a fixture of the late-night jam sessions held at this now legendary Greenwich Village club in New York City. Mentored by the late Frank Hewitt, Asherie began to develop "his virtuosity and his ear for clean, crisp lines" (The Star-Ledger). Later, an admiration for earlier piano styles took hold; soon enough Asherie had absorbed them into his playing becoming, in the words of The New Yorker, "A master of swing and stride." His present style combines this broad tradition, merging idioms into a distinctly personalized approach.