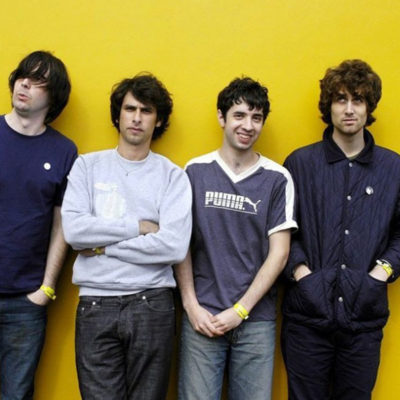 The Rapture live at Music Hall of Williamsburg

back to list
Once hailed by some writers as the second coming of Gang of Four, The Rapture were the flagship band of the post-punk revival that swept through the indie underground during the early 2000s. Formed in 1998 by New Yorkers Vito Roccoforte (drums) and Luke Jenner (guitars, vocals), the band toured heavily before releasing a mini-album, Mirror, in 1999. More shows with the likes of Sunny Day Real Estate and Nuzzle followed; meanwhile, a string of bassists and keyboard players cycled through the lineup, with Jenner and Roccoforte serving as the only two permanent members. Bassist Matt Safer, who had recently moved from Washington, D.C., officially joined the band in time for Out of the Races and Onto the Tracks, a six-song EP released by Sub Pop in 2001. Gabriel Andruzzi was added to the lineup one year later, handling the keyboard parts that had become integral to The Rapture’s blend of post-punk aesthetics and dance rhythms.

The Rapture’s profile increased with the release of “House of Jealous Lovers” in 2003. The song had been recorded with help from the DFA production team, who added heavy electronics to the band’s sound, and its popularity convinced The Rapture to continue working with DFA on a full-length album. The result was Echoes, which was released in late 2003 and spawned two Top 40 singles in the U. K. Its follow-up, Pieces of the People We Love, was released three years later by Mercury and involved production input from Ewan Pearson, Danger Mouse, and Paul Epworth. Tapes, a stylistically broad mix album, came out through! K7 in 2008. Safer left the following year and it would be two more years before the band would release another studio album. In the Grace of Your Love, issued in 2011, saw their return to the DFA label, with Andruzzi filling in on bass.