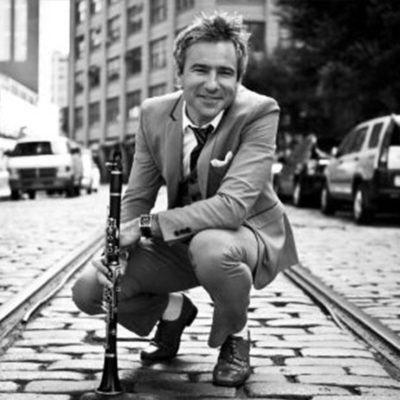 Professor Cunningham and his Old School LIVE at The Django

back to list
Professor Cunningham and His Old School are one of the most sought after groups on the international swing scene, performing around the world at major events and festivals. This award-winning New York-based band performs the most swinging and grooving repertoire deeply steeped in the New Orleans tradition; from early jazz to early R&B in the aesthetic of Sidney Bechet, Fats Waller, Professor Longhair and even Fats Domino! Formed and fronted by in-demand reedman and vocalist Adrian Cunningham - Australian native based in NYC, - Professor Cunningham and His Old School consists of some of the most energetic and accomplished musicians on the New York scene. It has been a regular hit in the NYC underground party and swing dance scene since it's a formation in 2012; performing at some of the world's finest events.