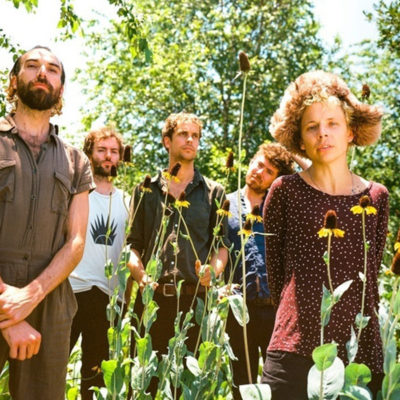 Two of the core trio haven’t even full time members of the band for the length of time they’ve been together. Pond are arguably the sister group of Tame Impala, since Watson was practically a founding member of them, who still drums with them to this day. Allbrook was also a member of Kevin Parker’s band until 2013, when he quit in order to continue focusing on Pond.

However, Pond had already been together for two years when Tame Impala’s “Innerspeaker” album was released and the attention levelled on Kevin Parker’s band also found its way to Allbrook, Watson and Ryan’s band as well.

With that album’s release the NME named them “The Hottest New Band In The World” and in terms of activity it’s hard to disagree. They’ve since released another album, 2013’s “Hobo Rocket” and become one of the most acclaimed live acts in the world.

Any rock fan should seek out this band for whom the sky’s the limit, they’re nearing the top of their game, and look set to be something very special indeed.