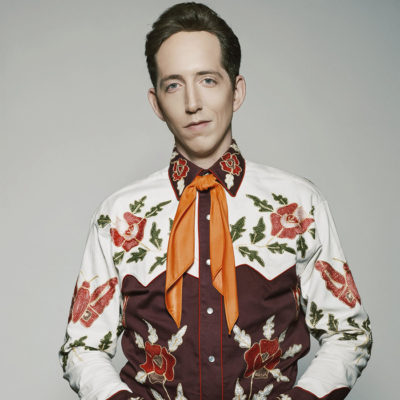 back to list
Day after day, pencil in hand, always dressed in blue. Never feeling satisfied. Itchy. Incomplete. Attired halfway between a businessman and a janitor, Pokey LaFarge tries to make sense of trouble he’s seen and trouble he’s been in. This is the Great Why of his unending passion for songwriting. An unquenchable need to be heard in a world where everyone is talking and nobody is listening.

The songs on Pokey’s transformative new album MANIC REVELATIONS demand your attention. Here, you get the feeling this man is constantly reshuffling the deck in favor of some outcome or other. Each chord, each riff shades the stories he sets up in his lyrics. But make no mistake - no matter how the cards lay, he is searching for the purest truth; he loves laying in the muck. Whatever it takes to serve the song. He wouldn’t know what to do if his life were any other way.

Sit with him over a cup of coffee at The Mud House on Cherokee Street in South City St. Louis, and you’ll see for yourself: he easily is uneasy, pushing one squalid thought away to make way for another, sometimes darker one. It’s not that he’s a miserable guy; quite the opposite. To lay it plain: you simply don’t get songs like these without becoming very friendly with the darkness in your head, and with the social distortion of the day. These are the currents Pokey dips into to create his songs.

In conversation, he’ll stare right through you as you speak. They call it the Quiet Eye. It’s that uncanny ability the best athletes in the world have; it’s what sets them apart. Pokey has it too. You see this with pitchers in Pokey’s beloved game of baseball. A guy can look at a complex scene and instantly focus on what he needs to do to get a strike. In a noisy stadium, there’s a focus from the mound to the catcher’s mitt. That’s the game. In a flash, the ball moves at 90-some-odd miles per hour, and the fate of an entire city hangs in the balance. When that pitcher’s focus delivers, a game is won - and a banged up old Midwestern city like St. Louis is instantly elevated to an all-century high.