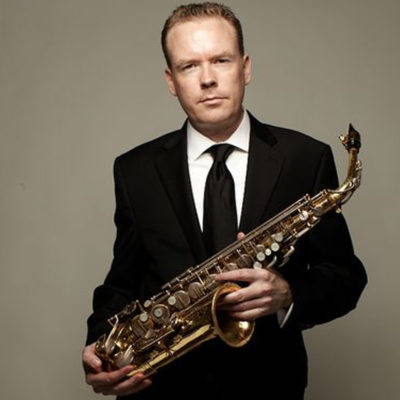 back to list
Nick Hempton is an alto and tenor saxophonist, composer, and bandleader, producing new music in the modern/mainstream tradition. Calling New York home since 2004, he headlines clubs throughout the city, as well as concert halls and festivals around the world. Influenced by the greats of the instrument– Dexter Gordon, Sonny Stitt, Cannonball Adderley, etc., and informed by a youth misspent playing Rhythm & Blues and Ska in his native Australia, Hempton's jazz is original, approachable, and always swinging.

From 2005 to 2016, Nick led The Nick Hempton Band: “an unusually sharp, cohesive unit” (David Orthmann– AAJ) performing original compositions at most of the major New York venues, as well as touring regionally and internationally. With this group, Nick released four highly praised studio albums: “Nick Hempton Band” (self-released, 2008); “The Business” (Posi-Tone, 2011); “Odd Man Out” (Posi-Tone, 2013); and in 2015, the innovative “Catch and Release” Experiment, which was recorded and released track-by- track every six weeks, before being collated for CD release.

In the past year, through its residency at Smalls Jazz Club, the Hempton Band has morphed into “Trio Stonk,” a streamlined three-piece outfit whose performances bring melody, swing, and blues to the fore. Trio Stonk is known for ditching complicated compositions and arrangements in favour of navigating freely around standard chord structures, incorporating elements of Free Jazz into its hard-wired hard bop. It is with this group that Nick has recorded his fifth album as leader, in performance at Smalls Jazz club, to be released in the fall of 2017 on the SmallsLive label. The album will be launched at Smalls Jazz Club, then taken on an intensive tour of Europe, Asia, and Australia/New Zealand.