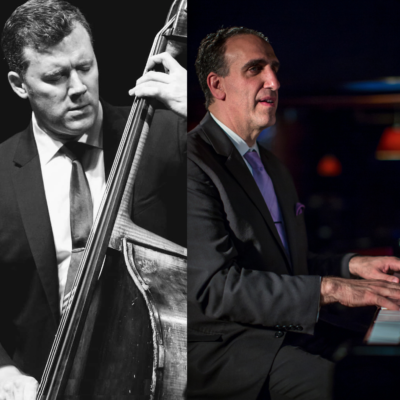 Where Roxy Bar at Roxy Hotel New York No. 2 Ave. Of The Americas TriBeCa, New York City 10013 Map It

back to list
Bassist Neal Miner and pianist Michael Kanan have been solid fixtures on the New York City jazz scene for the past three decades. Miner held the bass chair for legendary vocalists like Jon Hendricks and Annie Ross. In 2007, he joined vocal sensation Jane Monheit’s band and he's been performing with her ever since at major festivals, jazz clubs and concert halls around the world.

Michael Kanan worked with the legendary singer Jimmy Scott, touring the US, Europe, and Japan and recording four albums with him. In 2001, Kanan became the accompanist and arranger for vocalist Jane Monheit. He can be heard at venues around New York with his trio featuring guitarist Greg Ruggiero and bassist Neal Miner.