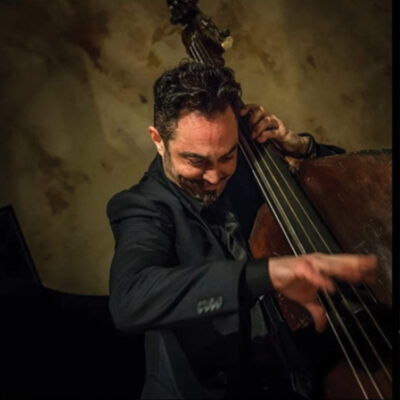 Neal Caine has been making a living as a professional jazz musician since his late teens, and the University City native has piled up an impressive list of musical credits over the past dozen-or-so years. At the age of 21, the bassist joined legendary drummer Elvin Jones' Jazz Machine, staying with the group for four years. Caine has also played with Diana Krall, Betty Carter, Benny Green, Russell Malone and many others since then. He's also a longtime member of Harry Connick Jr.'s orchestra and quartet. But Caine will be stepping out of his usual supporting role Wednesday evening, leading his own quartet in performance in a Whitaker Music Festival concert at the Missouri Botanical Garden. Caine has stepped out front before, including area appearances at Blueberry Hill's Duck Room and the Pageant. But with his debut CD as a leader, "Backstabber's Ball," set for a July release, Caine seems focused on taking the next big step in solidifying his reputation in the jazz world. "It's really been a long process, but it feels great to finally have my first recording out," says Caine, speaking from New York City, where he recently relocated after quite a few years in New Orleans. "I actually produced the recording sessions myself, then shopped the tapes to several labels. It turned out that Smalls Records - which was started by the owner of a jazz club of the same name in New York where I used to hang out years ago - decided to put it out." "Backstabber's Ball" features all original compositions by Caine, which were written over the course of the past four years. By using introductory and closing themes, and interspersing several interludes throughout the recording, Caine has created a coherent flow to the tunes that he hopes will keep the attention of listeners throughout the entire CD. The unique instrumentation of Caine's quartet - two tenor-sax players, Ned Goold and Stephen Riley, backed by drummer Jason Marsalis and Caine - also adds a unique dimension to the band's sound. "Putting together two tenors was something I've always thought about," explains Caine. "It's a darker, earthy sound, and without a piano there's a lot more space for drums and bass as well."