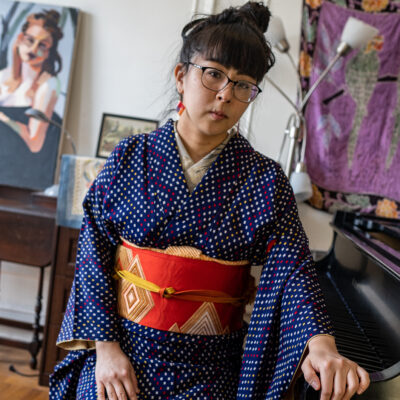 back to list
Miki Yamanaka is a New York-based pianist, composer, and educator from Kobe, Japan. After moving to New York City in 2012, she studied Piano with Jason Lindner, Jeb Patton, and Fred Hersch, and Organ with Sam Yahel and Larry Goldings. In 2015 she was one of three pianists selected to participate in “Betty Carter’s Jazz Ahead”, an intensive composition residency at the Kennedy Center. She earned her Master of Music degree from Queens College, receiving the Sir Roland Hanna Award.

Yamanaka has appeared in concert with many notable musicians including Steve Nelson, Victor Lewis, Antonio Hart and Peter Bernstein. She became one of the busiest pianists in NYC, holding residencies at Smalls and Mezzrow Jazz Clubs, and having multiple one-week-long engagements at Dizzy’s Club. She is the current pianist in the Philip Harper Quintet, the Roxy Coss Quintet and the Antonio Hart Group. Her latest release ("Outside in Music", 2021) features Orlando le Fleming (bass), Mark Turner (saxophone).