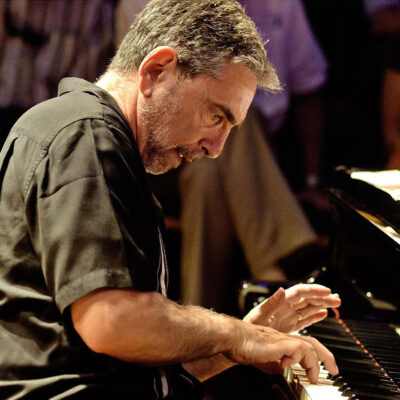 back to list
We're celebrating legendary saxophonist Charlie Parker's birthday week with keyboard great Mike LeDonne and his quartet featuring Vincent Herring. Oscar Peterson named LeDonne as one of his favorite pianists, and he spent 11 years as pianist and musical director for vibes legend Milt Jackson, and has been working with Benny Golson since 1997. He was nominated for “Best Keyboards” 2012 by the Jazz Journalists Association and won the Downbeat Critic’s Poll as “Rising Star” on organ that same year. Mike’s on over 150 recordings and has 22 out under his own name. He co-authored a piano comping book as part of Jim Snidero’s Jazz Conception series on Advance Music and spent 4 years at Juilliard and is presently on the faculty at William Patterson University.