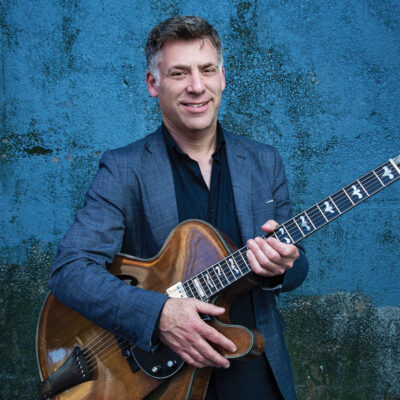 Born in New York City on September 3, 1967, Bernstein began playing piano when he was eight but switched to guitar when he was thirteen, learning the instrument primarily by ear. He studied jazz at Rutgers University with Ted Dunbar, and Kenny Barron. While a student at the New School in New York City, he met guitarist Jim Hall, who offered him a job performing at the JVC Jazz Festival in 1990. He then appeared on albums with Jesse Davis, Lou Donaldson, Larry Goldings, Michael Hashim, Geoff Keezer, and Melvin Rhyne. He released his first album as a leader with pianist Brad Mehldau. He has also worked with Jimmy Cobb, Tom Harrell, Diana Krall, Lee Konitz, Eric Alexander, Joshua Redman, Dr. Lonnie Smith, and Walt Weiskopf.