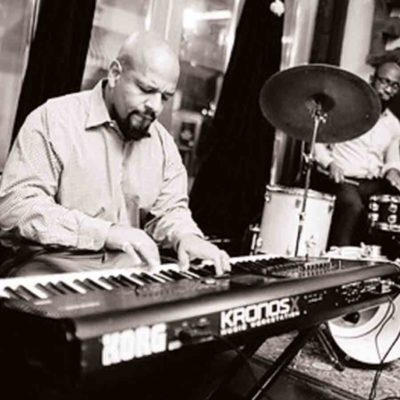 back to list
Keyboardist Luke Carlos O’Reilly has always had a passion for music, be it jazz, soul, R&B, gospel, and beyond. When he was four years old, he and his mother started taking group piano lessons together. It was the introduction of Oscar Peterson’s music at age 14 that steered Luke in the direction of jazz. Until then, Ray Charles, Stevie Wonder, James Brown, Earth, Wind and Fire and Otis Redding had been his heaviest influences. In 2013 he released his second independent album, ‘3 Suites' which featured songs composed by Luke’s trio, creative arrangements of some unusual covers featuring a vocalist, and a cluster of compositions written by legendary keyboardists George Duke, Cedar Walton and Mulgrew Miller.