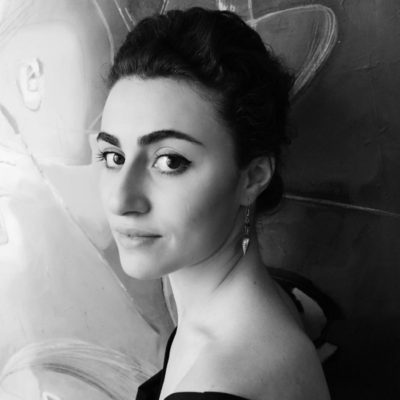 back to list
Lucy Yeghiazaryan was born in Armenia to a family of artists. Since immigrating to the United States in 2001, she has been an active member of the jazz community in and outside of the country. As a teenager, she attended NJPAC's Jazz for Teens programs under the direction on Don Braden on a full scholarship. She graduated from William Paterson University with a degree in Jazz Performance. In addition to her work as a straight-ahead jazz vocalist, Lucy plays the violin and sings in the acapella group YY Sisters who perform medieval Armenian/ modern folk music and enjoy wide recognition within the Armenian community. Lucy served as a resident vocalist for the National Armenian Jazz Orchestra for various performance seasons and was one of the ten finalists selected for the prestigious International Monk Jazz Competition in 2015. She has performed alongside Winard Harper, Eliot Zigmund, Bill Goodwin, George Colligan, Don Braden, Bernadette Peters and Arto Tuncboyaciyan. Lucy performs regularly at various venues and festivals throughout the United States and abroad.