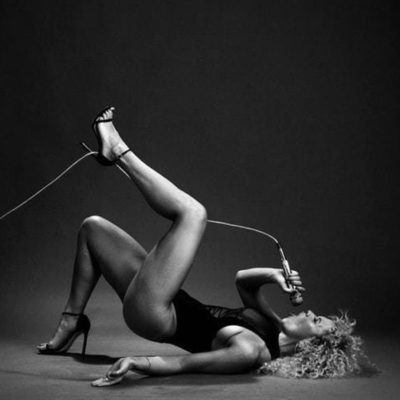 back to list
These days The Liza Colby Sound is on twin new missions, blowing minds nationally and internationally with a packed calendar of tour dates, and warping brains with a new strain of heavy, freak-out rock. Jump on the rocket ship live, or trip out on a dose of LCS at home with the band’s full-length debut, Object To Impossible Destination, out spring 2019.

The Liza Colby Sound is Liza Colby vocals, seduction, shamanistic powers; Jay Shepard, guitar; Alec Morton, bass; and Charly Roth, drums. This year has been a milestone for the band as they’ve voyaged throughout the U.S., Japan, and Europe, playing packed and sold-out shows along the way. Previously, the band has issued three well-received EPs.

Object To Impossible Destination distills down the essence of LCS. Here, the hooks are sharp, and the ensemble playing is spacious and vibey. These attributes are finely displayed on “Shake You” and “Eye On You.” “Shake You” epitomizes the lost art of folding swaggering blues-rock riffs into pop concision. “Eye On You” traverses a thick viscous stoner haze, and proto-metal riffage. Naugahyde boogie thrills abide on “Cool Hand” which recalls the “light and shade” dynamics of Led Zeppelin and the sophisticated melodicism of Cream’s Jack Bruce.

There are many destinations up next for The Liza Colby Sound in 2019, including Stateside and European touring. Like the album’s curious title—a tip of the hat to a sleight of hand trick where an object in one space reappears inexplicably in another distant location— LCS will be spreading its psych-rock magic globally.