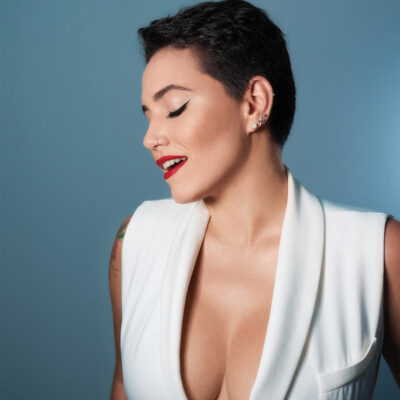 Liz Rosa is a Brazilian singer based in New York City. Born in Natal, Liz began her musical career in 2002 at age of sixteen. After establishing her presence in the northeast of Brazil, she moved in 2007 to Rio de Janeiro. In 2012, she released her debut album "LIZ ROSA" (distributed by Som Livre) getting the attention of listeners and critics in Brazil.

In Rio de Janeiro, Liz has performed at some of the most important venues in town such as Vivo Rio, Beco das Garrafas, Rival Theater, and Blue Note Rio. She has also appeared on national TV shows and has performed with well-known Brazilian artists including João Bosco, João Donato, Leila Pinheiro and Roberto Menescal.

In 2016, she moved to New York City to pursue the next levels of her musical development. Since then she has been performing at respected jazz clubs including Mezzrow, 55 Bar, Jazz Forum, Zinc, The Django and Birdland, to name a few.