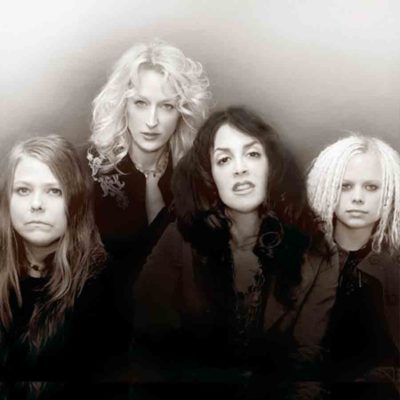 back to list
Lez Zeppelin, an all-female Led Zeppelin tribute band are bringing their signature sounds to the Gramercy Theater!

Led Zeppelin were formed in London (England) in 1968 by guitarist Jimmy Page, singer Robert Plant, bassist and keyboardist John Paul Jones, and drummer John Bonham. Their musical style spanned many genres such as hard rock, blues rock, rock and roll, and many consider them to be one of the pioneers of heavy metal (a sub genre of rock that developed in the late 1960s and early 1970s and features a thick, massive sound, characterized by highly amplified distortion, extended guitar solos, emphatic beats, and overall loudness). They had a stellar career with 8 studio albums (all of which were #1 hits on the UK Albums chart), 4 live albums, 10 compilation albums, 16 singles, 3 video albums, and they sold over 300 million records worldwide. They're widely regarded as one of the most successful, innovative, and influential rock groups in history. They were inducted into the Rock and Roll Hall of Fame in 1995. Lez Zeppelin is an all-female tribute band consisting of Steph Paynes (guitars, backing vocals, acoustic guitar, and theremin), Leesa Harrington-Squyres (drums, backing vocals, and gong), Joan Chew (bass, backing vocals, and keyboards), and Marlain Angelides (lead vocals and tambourine).