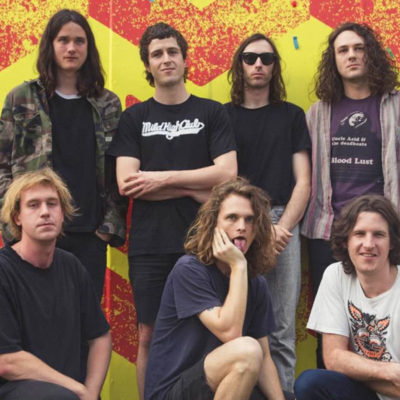 back to list
King Gizzard and The Lizard Wizard is a prolific sci-fi psych rock outfit with a name as stoney as their sound. Dominated by driving bass lines, crunchy riffs, and dank drum solos, the technically proficient yet often absurd 7-piece from Melbourne, Australia is one of the hardest working bands in music, releasing 13 full-length albums since forming in 2010—five in 2017 alone, including Polygondwanaland, which they released for free into the public domain. If their latest LP, Fishing For Fishies, is any indication, out April 2019, they remain immensely talented and equally unafraid to get silly.