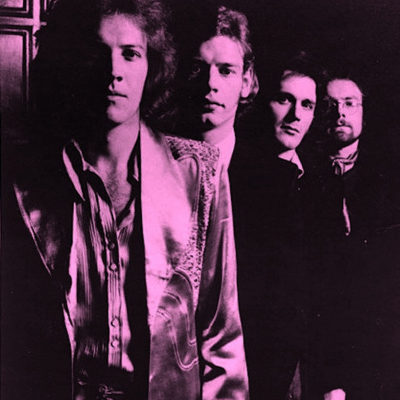 back to list
King Crimson (formed in 1968) is a pioneering British progressive and experimental rock group. Known for their unpredictable and expansive instrumentation, King Crimson are led by Robert Fripp, originally hailing from London, UK.

From the ashes of the trio Giles, Giles & Fripp, featuring brothers Michael and Peter Giles and the Robert Fripp, came to progressive force of King Crimson. With line-up changes as variant as weather in Autumnal Britain, by 1969 the line-up consisted of guitarist Fripp, vocalist/bassist Greg Lake, guitarist Ian McDonald and drummer Michael Giles. In possibly the highest-exposing debut of the Century, the band made their debut to 650,000 people in support of the Rolling Stone at London’s Hyde Park. Shortly after King Crimson recorded their debut album “In the Court of the King Crimson”, an ambitious progressive-rock album that found favour with the sound of the times in both the UK and the U.S.

McDonald and Giles departed shortly after, as did Greg Lake after recording vocals for the band’s sophomore release. In 1970 the single “Catfood” preceded the album “In the Wake of Poseidon”, a Fripp-filled affair that marked the arrival of Fripp’s school friend Gordon Haskell. The arrival of more musicians, including Haskell, Mel Collins, Keith Tippet and Jon Anderson led to long rehearsal sessions, and ultimately the band’s third full-length “Lizard” in late 1970. The album draws strong influences from the Jazz genre, notably Miles Davis, and has long stretches of developmental instrumentation, leading some critics to praise the band’s breaking of the rock formula.

After a series of auditions including that of a young Bryan Ferry, Fripp enlisted Boz Burrell as King Crimson’s new vocalist, alongside Fripps, Collins, Burrell, and drummer Ian Wallace. The band began touring the world and released their fourth studio album “Islands” in 1971, which reached No. 30 in the UK and No. 76 in the U.S. The plague of the tumultuous line-up returned thereafter with Wallace, Collins and Burrell all moving to the band Snape, and King Crimson appearing like a thing of the past. Fans’ fears however were never actualised as in the summer of 1972 Fripp recruited Bill Bruford, John Wetton, David Cross, and Jamie Muir, and King Crimson returned to release “Larks’ Tongues in Aspic”. The album, which was Fripp’s most experimental to date, features the strongest vocals since Greg Lakes departure, and incorporates the sounds of classical and soft jazz. The new line-up made their debut in Frankfurt in October 1972, around which time “Larks’ Tongues in Aspic” had climbed to No. 20 in the UK. Becoming the first King Crimson line-up to record two albums and embark on two American tours, the band returned in 1974 to release “Starless and Bible Black”.

With a once again fractioning line-up, reduced to the trio of Fripp, Wetton and Bruford, the album “Red” was issued in the summer of 1974 after which Fripp dissolved the group. After the release of Fripp’s debut solo effort “Exposure” in April 1981, Fripp enlisted the help of Bruford, bassist Tony Levin and guitarist/singer Adrian Belew under the moniker Discipline. By October the name had reverted to King Crimson, and featuring a jolting sound unlike any of Fripp’s previous efforts, they released the subsequent albums “Beat” in 1982 and “Three of a Perfect Pair” in 1984.

An entire decade passed before the King Crimson light shone once again, with Fripp reuniting with Bruford, Levin, Belew. Alongside new members Pat Mastelotto and Trey Gunn, King Crimson release the EP “VROOM” in late 1974, and the full-length “Thrak” in 1975. The band’s subsequent album “ConstruKction of Light” was five years in the making, with band members often forming subgroups to experiment with musical ideas. The EP “Level Five” arrived in 2001, followed the year after by the 11-track EP “Happy With What You Have to Be Happy With”. The two EPs diverse instrumentation paved the way for Crimson’s 2003 album “The Power to Believe”, which received strong reviews from critics.