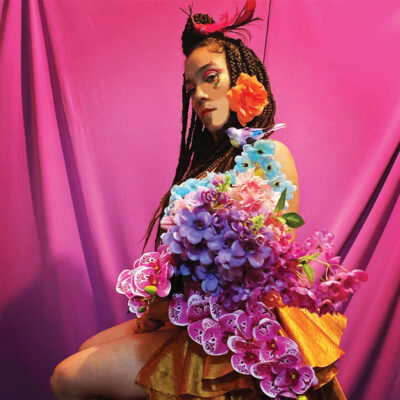 As Kendra Foster circled the globe with George Clinton & PFunk Allstars and D’Angelo & The Vanguard, she made a few pit stops along the way—which included scooping up two Grammys for her work on D’Angelo’s Black Messiah and writing and recording a solo album infused with her heart, thoughts and musical ministry.

On the heels of her work co-writing Grammy-winning song, “Really Love,” & Grammy-winning album, “Black Messiah” with D’Angelo, she independently released her solo single “Promise To Stay Here” and her self-titled album “Kendra Foster”. Both releases garnered millions of streams. Her soul-based fusion is peppered with Jazz, Funk, Hip-Hop, Rock, Classical, World, Electronica and Gospel. Her songs, “Step into the Light” and “Promise To Stay Here” (from her self-titled album), were featured on BET’s “Being Mary Jane” and STARZ’s “Hightown” series respectively. Kendra Foster is excited to be releasing an album in 2022 titled “Here”, and has already released a single and a video for the title track.

She is also currently an adjunct professor at The Clive Davis Institute at NYU, and has featured in Iconic artist Simone Leigh’s works presented by Creative Time and the Guggenheim.