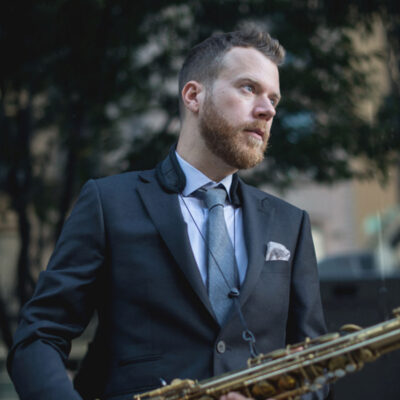 Since his arrival on the New York scene in 2005, Ken Fowser has continued to steer traditional harmony in uncharted directions. His lyrical approach to line construction and depth of harmonic sensibility allows him to record and play all over the world. A prolific composer, Fowser has celebrated four cooperative releases on Posi-tone Records, co-led with vibraphone virtuoso, Behn Gillece. His debut release as a leader, Standing Tall earned him the number-one spot on Jazz Week Radio Chart seven weeks in a row. Fowser enjoyed both downtown and uptown residencies at iconic New York venues, hosting the session at Smalls Jazz Club every Tuesday for four years, and playing the late set at Smoke Jazz and Supper Club every Friday for two years. He currently is the Music Curator for the Roxy Hotel New York, and performs every Friday at the Django with special guests each week.