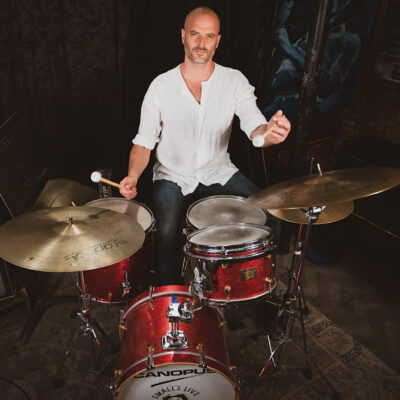 Dan Aran has become one of the most sought after drummers in New York City. In the past two decades Dan has been Touring, recording and performing with artists such as Harry Whitaker, Natalie Merchant, Stacey Kent, Adam Birnbaum Trio, Kevin Mahogany, Nick Hempton band, Wayne Tucker, and many others. His latest recording "New York Family" is described by Downbeat Magazine as "a Fascinating record". From playing 1920's music with The Michael Arenella Dreamland Orchestra, to Middle Eastern and Latin grooves with Itai Kriss's TELAVANA, Dan's versatility and ability to play different styles is what makes him unique.