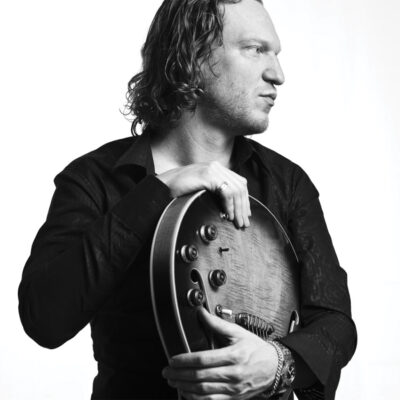 Guitarist Al Street has been around the world playing music. He is a master of style and of the guitar itself. Street has played at the worlds top festivals including Glastonbury in the UK, the North Sea Jazz Festival in the Netherlands, Montreaux Jazz Festival in Switzerland, the Montreal Jazz Festival in Canada, and the JVC Jazz Festival in NYC. Recent accomplishments include recording a Movie soundtrack with Grammy winner Bob Belden. Touring the world and recording with funk legend Lee Fields and Daptone recording artist Sugarman 3. Al Street has traveled to South America as a U.S. Department of State Jazz Ambassador. He is featured on Jeremy Pelt's highly acclaimed new record. Al frequently collaborates with the amazing musicians Brian Floody, Roy Dunlap, Ian Hendrickson-Smith, Alex Mincek, Adam Small, Charles Ruggiero, Jeremy Manasia & Adam Scone.Street has 4 records under his name.